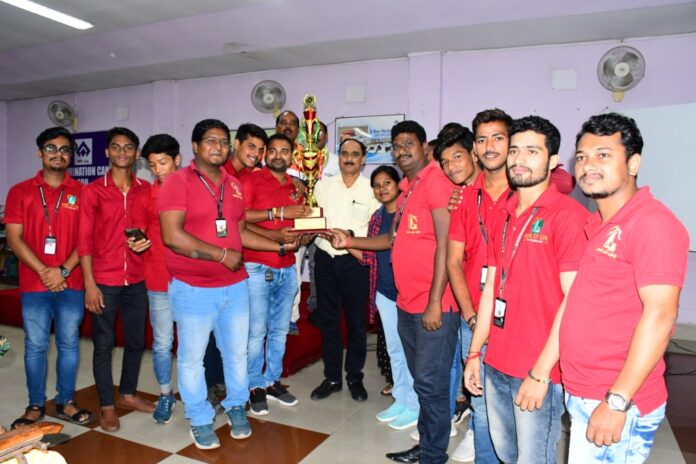 Rourkela : In a Ceremony organized at Town Engineering Conference Hall of SAIL, Rourkela Steel Plant on 20th August ‘Swachhata Swabhiman’ awards were presented to employees of the Plant as well as members of NGOs for their contributions in keeping the township and various slums clean.
Mr. Ajay Nayak CGM (TA &CSR) presided over the programme. Present on the occasion were Mr. B K Jojo, GM I/c (TE), Dr (Ms.) Deepa Lavangare, Deputy CMO (TE-Public Health) and other Senior Officers of the Department.
It is worth mentioning here that, the ‘Swachhata Swabhiman’ award has been instituted by RSP to motivate residents of Rourkela Steel Township to participate in the cleanliness drive by adopting a particular area of the sectors preferably their own sector, including markets areas, slums, open spaces, lanes and quarters.
An NGO “Hope of life” led by Mr. Dillip Kumar barik was declared as the winner for the 4th Quarter of 21-22 i.e January to March 22. Another group led by Mr. Basant Kumar Samal, an employee from SMS –II was the winner for the 1st Qtr of the current financial year, i.e. April-June 2022. Each of the teams were presented with a prize money of Rs. 30,000/- along with a trophy and certificates.
“Hope of life” has 16 members including employees of RSP and their family members. The team functions in the Sector-22 area. While the team led by Mr. Samal has 22 members including employees of RSP and their family members. This group had initially adopted the Sector- 5 Golghar area and now expanded its areas to slums of Sector-6 like Ganjam basti, mukhi basti, subhaspalli etc.
Both the groups work from 8.00 am to 12.00 noon in their respective areas every Sunday. With their dedicated efforts, there has been a visible change in the cleanliness of the assigned areas as well as awareness amongst the residents about importance of keeping their environment clean.
During the award ceremony Mr. Ajay Nayak and all the dignitaries present on the occasion, praised the yeoman service being provided by the groups and exhorted them to inspire more number of people to join the noble work. Dr. (Ms) Lavangare, explained in detail the objectives and the modailities of the ‘Swachhta Swabhiman’ scheme. The members of the winner teams also shared their experience.