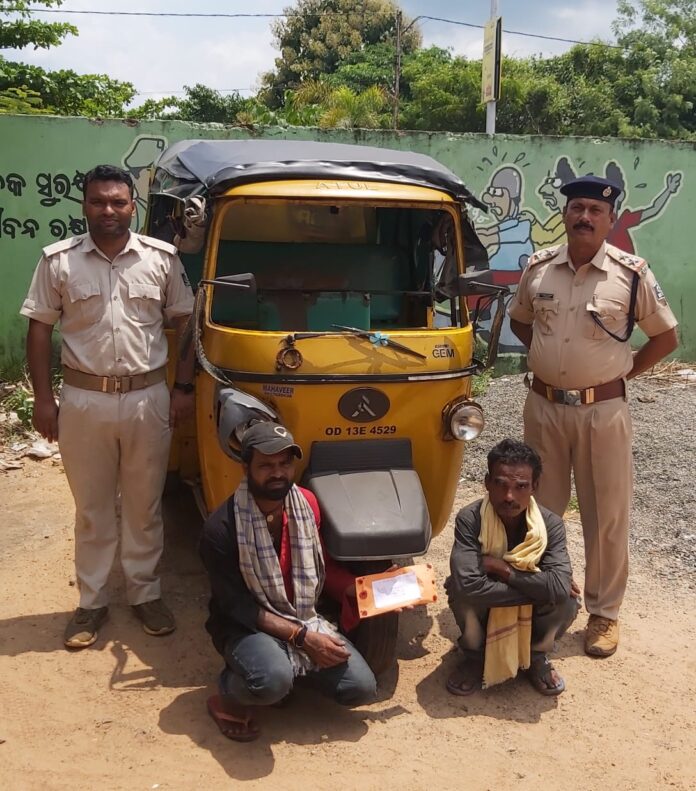 Khordha : The Excise Department has Arrested two Persons for Smuggling and Selling of Brown Sugar. The Excise Officials have also Seized 29 Gram’s of Brown Sugar Worth 2 Lakh’s 90 Thousands from the Accused. As Per Sources Acting on A Tip-off the Excise Department Raided the New bus stand area in the Khordha Town and nabbed the Drug Peddlers. The Accused have been identified as Rakesh Nayak (35) and N. Mohan Reddy, both are residents of Puri. A case has been registered vide PR. No-63/2022-23,SI of Excise Dist. Mobile Khordha, U/S-21(b) of NDPS, Act.-1985 and forwarded to the Judicial Court. The Value of Seized Brown Sugar, Rs. 2 lakhs 90 thousands and One Bajaj Auto, bearing registration no-OD13E-4529.The raid was conducted by Rajsekhar Swain, IIC, Dist. Mobile, B. Manoj Kumar, SI, Dist. Mobile, Rajendra Xess, OIC, Begunia and Khordha range Excise Staffs.