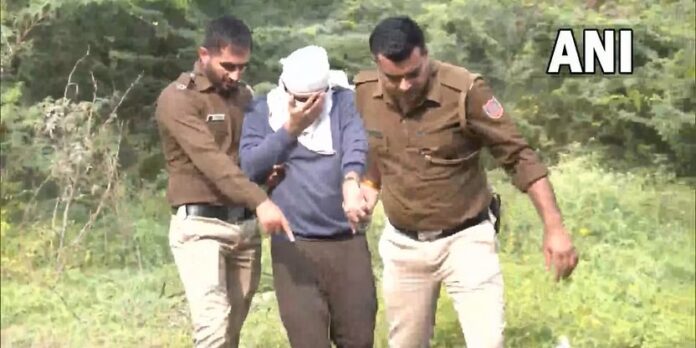 MUMBAI: A close friend of Maharashtra resident Shraddha Walkar, who was killed allegedly by her live-in partner Aaftab Poonawala in Delhi, has said there could be a “big conspiracy” behind her murder, while another friend claimed she had once called him saying Poonawala would kill her.
Poonawala (28) has been arrested by the Delhi Police for murdering Walkar in May this year, chopping the body into 35 pieces before dumping them at different places in the national capital over several days.
As per Manikpur police in Vasai town of Palghar district, Walkar, a graduate in mass media, worked at a call centre in Malad area of Mumbai and met Poonawala through the dating app Bumble in 2019.
A friend of Walkar, who had alerted her family members after being unable to contact her, claimed, “Once Walkar (when she was living in Vasai town near Mumbai) had messaged me and asked me to come and take her or else Aaftab would kill her.”
Some of the friends then reached out to Walkar and warned Poonawala, he said. “We were then going to approach police against Aaftab but Shraddha stopped us,” he said.
The friend said he had a text message conversation on Walkar’s mobile phone in July. He started getting worrying about her in August after being unable to contact her.Walkar was not replying to his messages and her number was coming switched-off, he said, adding that he had also enquired about her in their friend circle.
The friend also said when he did not get any update, he told his brother that it would be better to contact police.
Another close friend of Walkar said police should find out details about Poonawala, his background “as it (the murder) may be some big conspiracy”.
“She (Walkar) was wanted to become a journalist and after pursuing graduation in mass media, she was doing theatre too. She was very active and her personality had a spark,” he said.
The friend claimed they started noticing some changes in Walkar in 2018.
It was not a good sign as she always seemed upset, he said.
“I think it was the time when Aaftab entered into her life,” he said.
The friend said they came to know in 2019 that Walkar was in a relationship with Poonawala and at that time they found him to be a “simple person”.
Walkar and Poonawala were in a live-in relationship and they later shifted to Delhi after a mutual understanding to work together, he said.
“We came to know sometime back that she was missing and now it has come to light that she was brutally murdered, and it may be some big conspiracy,” he said.