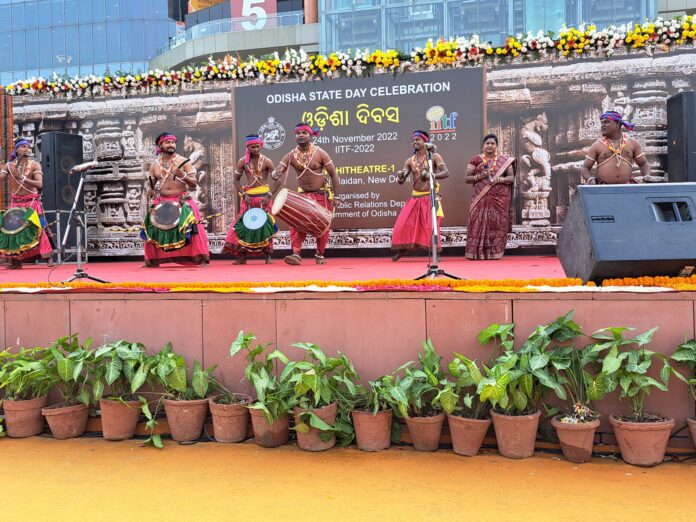 New Delhi :Odisha Day was celebrated in the 41st international trade fair at the Amphi open Theater with much grandeur, when the country’s 41st World Trade Fair was taking place at Delhi’s Pragati Maidan. The special edition of Utkal Prasang and Odisha Review, which was published by the Information and Public Relations department, govt of odisha which was officially inaugurated in the afternoon by the Honourable Odisha Minister for Rural Development, Skill Development, and Technical Education, Mr. Priti Ranjana Ghodei. The performers from several dance institutes throughout the state then performed in a special, vibrant cultural event in the Odisha Mandap, which was constructed in Odisha this year on a 460 square metre space, was designed by Bhubaneswar Virtue Communication. This year, various crafts, agriculture, farmer empowerment, serifed, ORMAS, machine power, industrial sector, scheduled caste and tribal development department have participated significantly in Odisha Mandap. Additionally, various foods were prepared from the national grains. Cuttack taraksi Work pipili chandua work , and millet have also been showcased. While Mandia, Koraput coffee, and the state’s traditional Terracotta artefacts serve as examples of its products and its art. Home renovation goods from Odisha are reportedly doing well in the market. Along with this, the public curiosity have been piqued by the success of the Odisha government’s numerous people-oriented programmes, the state’s vibrant cultural life, diverse handicrafts, and the production of Sabai grass and Kaincho.. Along with the Honorable Minister Mr Ghadei,those who were Present in this Cultural function were Honourable M. P. Lokodabha Of Bhadrak,Smt. Manjulata Mandal, Dr. Lenin Mohanty the Chairman of OTDC, Former M. L. A. Of Dhamnagar Mukti kanta Mandal, Mr.Ravikant the Resident Commissioner of Government of Odisha Delhi,Special Resident Commissioner Mrs Devjani Chakraborty,, Director of Information and Public Relations Department, Mr Indramani Tripathi, Utkalprasang and Editor of Odisha Review Mrs Kasturi Mahapatra, Deputy Resident Commissioner Sudhansu kumar Mohanty, Additional Director, of Information and Public Relation Department , Mr Sontosh Kumar Das, Pavilion (Mandap) Director Mr Subas Nial the Information Officer-in-Charge of Delhi B. Ganesh, senior officer’s of the information department Government of Odisha attended in this function. officers and staff of information and public relations department odisha Government could be seen running the Mandap. Reports from our Senior Corrrespondent Laxminarayan Beborta, New Delhi. 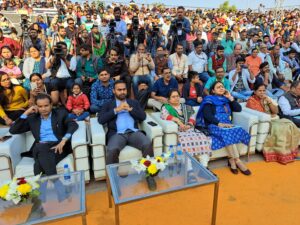 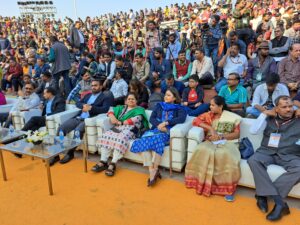