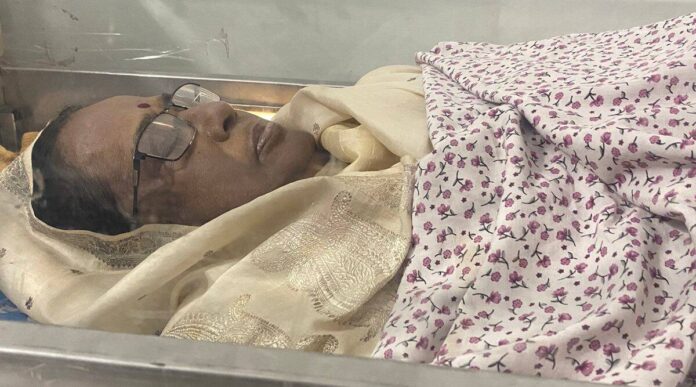 CUTTACK : Veteran Odia film actress Jharana Das died at her residence here, family sources said on Friday. She was 77.Das, a winner of the state government’s prestigious ‘Jaydev Puraskar’ for her lifetime contribution to Odia film industry, was suffering from old age-related aliment.She died on Thursday night, the family sources said.
Born in 1945, Das started her acting career in the 60s and had won several accolades for her brilliant performance in landmark films like ‘Shree Jagannath’, ‘Nari’, ‘Adinamegha’, ‘Hisabnikas’, ‘Pujafula’, ‘Amadabata’, ‘Abhinetri’, ‘Malajanha’ and ‘Heera Nella’.Das had also worked as a child artist and announcer with the All India Radio (AIR), Cuttack. She had also worked as an assistant station director of Doordarshan in Cuttack.
Her direction in the biographical documentary on former Odisha chief minister Harekrushna Mahtab was lauded by many.President Droupadi Murmu expressed grief over the death of Jharana Das, saying the veteran actor would always be remembered for her contribution to Odia film industry.
“Saddened to know about the demise of legendary Odia actress Jharana Das,” Murmu tweeted.”She will always be remembered for her outstanding contribution to the Odia film industry. My deepest condolences to the family and her admirers.”
Odisha Chief Minister Naveen Patnaik express grief over the death of the actress and announced that her last rites will be performed with full state honours.”Her impactful performance on stage and film will always be remembered. May her soul rest in peace and my condolence to the bereaved family,” Patnaik said in a statement.Union Education Minister Dharmendra Pradhan also condoled Das’s demise.