Brahmapur development going back although CM, Speaker & many Minister represents from Ganjam 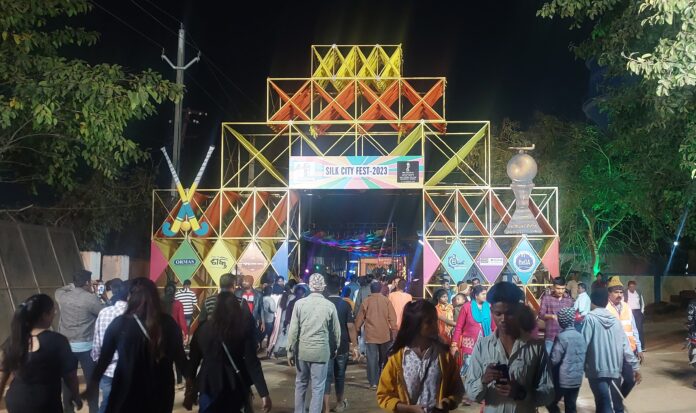 Ganjam : The pride of Odisha Silk City Berhampur in the district of Ganjam is now far behind from its development work. The development of BeMC seems to be a daydream. It’s a matter of regret that Hon’ble CM Nabin Pattnaik, Hon’ble Speaker Bikram Kumar Arukh, Hon’ble Minister Srikanta Sahu, Usha Devi, MPs Chandra Sekhar Sahu and Berhampur MLA Bikram Kumar Panda, BeMC Mayor Sanghamitra Dalei all belong to the ruling party represent from Ganjam district but the development work of the district is almost a big zero. Each and every leader is busy to save his seat in Assembly and get personal benefit only. The plight of the public and the welfare works is nothing for them. It seems that the leaders are in the Apex but development is far behind in the district. During election the Menifestoes are declared in huge quantities but after the election is over the leaders especially the elected representatives become deaf, dumb and blind to the problems and welfare of the public. When the public demand for the basic fundamental rights the representatives are dumbfounded and behave as if they don’t know the public and their problems. The election Menifestoes of BJD govt were direct train connection from Berhampur to Rayagada, Puri, New Delhi, Surat but all in vein. It has become a day dream just like the Mirage. The proposed Rail wagon factory at Sitalapalli, Rail terminal Jagannathpur Station, work out of Rangeilunda Air connection and Haldiapadar bus terminal have not been worked out since long. The public are kept in darkness regarding the development work of Ganjam district and Silk City Berhampur. The proposed Rock garden and flower garden at Ambapua is also a daydream only the inauguration marble Stones are shining in those places. BeMC has been Felicitated in national level survey for its cleanliness but it is amazing that all those work and developments are confined in pen and paper but it’s practieability is less than zero. The public say that all the local representative of Ganjam are the “Paper Tiger” far from the reality. However the BeMC is spending lakhs of rupees in organising “SILK CITY FESTIVAL” in the premises of UCP Engineering School to patch up the development work but the public are more cunning than the leaders, it is being discussed that the district administration is now trying to attract the notice of the public by painting the walls with decorative monuments which is nothing for the public. It is just filling old aged ine in new bottles. In the name of beautification BeMC is spending crores of public money, events are given without any tender while the roads and drains are in the miserable condition. Due to faulty drainage system a glimpse of rain in Berhampur causes artificial floods. Then and there the govt premises to do away with the problems of drainage system but as time passes they forget it just like the early morning jackles think to widen the face of their underground tunnels to night. Inspite of repeated requests, reminders and approaches to the BeMC Commissioner and the corporator Bhagirathi Maharana ward no 38 the drainage and road system of Laxmi Narayan nagar -2 Ankuli has not been solved yet as a result the drainage water of about 70 houses are blocked at the end of the street in a private plot and huge members of mosquito breedings treatens “Dengue and Malaria”. The public of the locality are very much aware of the leaders and they know how to deal with them in the upcoming elections. The public are waiting when the 5T and Hon’ble CM will look to the multiple plights of the “SILK CITY Berhampur”.