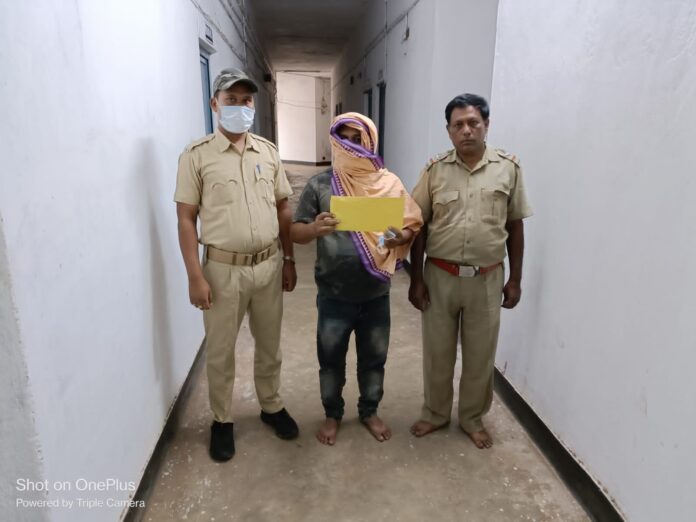 Khordha : The Excise Department has arrested one persons for smuggling and selling of brown sugar in Khordha and seized 146 gm brown sugar worth -14 Lakha 60 thousands rupees. As per source acting on a tip-off the excise department raided Thengahata Chhak, Samantarapur, Khordha and nabbed the drug peddler. The accused has been identified Ajaya Behera (44) village -Samantarapur, Khordha Town. A case has been registered vide PR. No-36/2022-23 of Inspector of Excise Khordha range, u/s-21(b) of NDPS Act-1985.The raid was conducted by Bhairab Sahu, I. E. Khordha, Range, B. Manoj Kumar, S. I. District Mobile Squad, Rajendra Xess, OIC, Begunia and Khordha, Jatni, Begunia Excise Staffs. The Excise official have informed that they are interrogating the drug pedaller to track their further links in the brown sugar business.