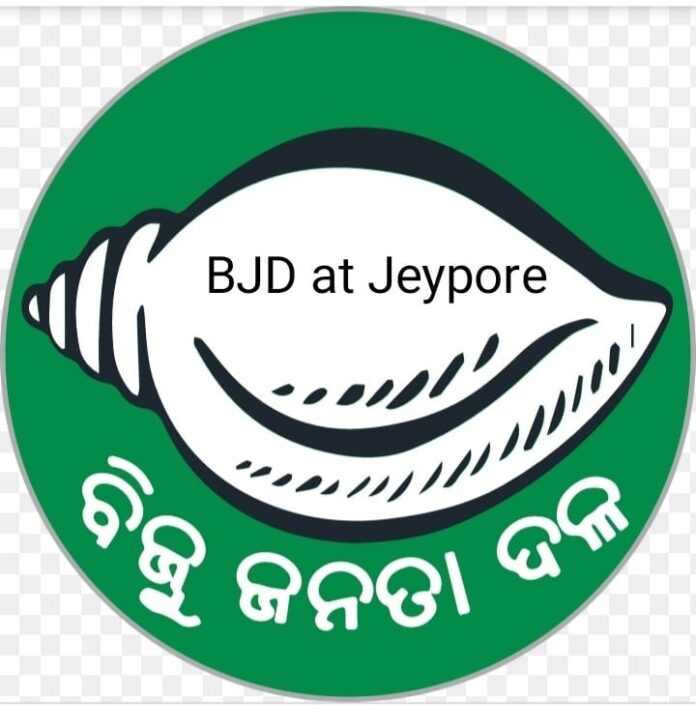 Bureau Chief PKB: A leader is a person who can be accepted by the people by virtue of his dedication towards the people and largely for the welfare of the people but just by watching the financial flow for many projects being launched under a variety of schemes of BJD, some people without the previous distinction or recognition jumping into the fray of politics overnight will deliver how much justice is not only a big question mark but makes the people confused whether to receive him or to throw him into Arabian sea.
When George-V asked Mahatma Gandhi during his visit to the royal palace,(Round Table Conference) “Why are you naked?” In a straight and daunting reply, the father of the nation replied ” You have stolen our clothes, so i am naked” At that time England was not a single country but having supreme Power of more than hundred countries as it was ruling them. Yes, a leader is required indomitable courage that comes from purity and honesty. Moreover, managerial skills, dynamic spirit to stand for the welfare of the people and ever ready to sacrifice all his best potentials even ready to be a begger for the welfare of people are a rare occurrence nowadays. Once, Politics is made a profitable business, the place can not be developed by any circumstances . How many leaders of Jeypore constituency have spent from their own funds. Rather it has been utilised or is currently being used as a profit making enterprise. The services of general public cutting across ages, caste, creed, religion and sex is far from the reach of true leaders.
The BJD government under Naveen Patnaik has been found emerging unbeatable and unchallenged since more than twenty years but here at Jeypore subdivision of Koraput District, the picture is bit confusing as well as disturbing owing to a number of factors. No-one in the fray at Jeypore politics is found without the temptation of being MLA. The most rubbish culture adopted by many ” if selected by our supreme leader from 3rd floor as a leader or MLA candidate, i shall put forth my dedication towards the affirmative development of Jeypore. It smells so hypocritical and obnoxious that can’t be described with any combination of twenty six letters of English alphabet. There are many real leaders not getting either the chance or the patronage from BJD supremo Naveen Patnaik rather some people through backdoor influence are getting chance that is obtained from paying huge amount of money under the table to satisfy one in order to dissatisfy many.
There are curious divisions – the voters, the ground level workers and the leaders are always found playing the pivotal role in the electoral process during election. The ground level workers of BJD especially the youths are openly dedicated to serve the party and its original ideology being maintained. It is because of their twenty four caret gold like dedication towards the BJD by many youths, the party is known to have survived till now but the youths at Jeypore constituency working for BJD have not received the due recognition as they are deserving from the third floor. Still, the youths here at Jeypore are found dedicated to the BJD party. They keep on sacrificing without a little Spark of personal benefits. From morning till late night, sacrifices include not bothering for ailments of their parents, nor their careers and nor at all , a focus aimed on their future, rather always found dedicated to satisfy their leaders . But the vast chunk of youth workers are now completely in a state of dilemma who is the real leader of BJD for them at Jeypore. It has a rational reason for the youths on being confused because from every street of Jeypore either one candidate aspiring to be MLA or trying to develop intimacy with Pranab Dash to misinterpret the scenario. The most unfortunate part of the game is the third floor being misinformed or miscalculated. Today I have two crores, so let me jump into the fry of being MLA Jeypore has been a strategy adopted by many and Why are you interested for being MLA, the answer in a loud vibration” i want to develop Jeypore ” There were many uncountable leaders across the country in the past who have done more the services to the society than the prime ministers of our nation. Now, voters are the cleaver creatures who can comprehend the deceptive techniques of the so-called leaders. Just by cutting the ribbon of a showroom or the distribution of some fruits during the red letters day either independence or republic day or taking a snap with Naveen Patnaik, Kartikeya Pandian or Bobby Dash or organisation of blood donation camp or plantation drive are not the yardstics of social services but these are the grounds being prepared cleverly for MLA candidate in future. The voters are now more intelligent than the intelligence of the so-called workers. Whosoever is aspiring to be next MLA of Jeypore constituency must be a united excercise with proper coordination and communication, never be haphazardly from the outer look of the man. A true leader is kept in the hearts by the voters. So everyday, someone here at Jeypore doing a small work, the next day, he is aspiring to be MLA candidate. With such ideology, Jeypore development will not only be sluggish but give always chance to others to come to power. If there can not be unity, better to politely ask Naveen Patnaik to fight election from Jeypore constituency, at least, remarkable scale of development can be visualised.