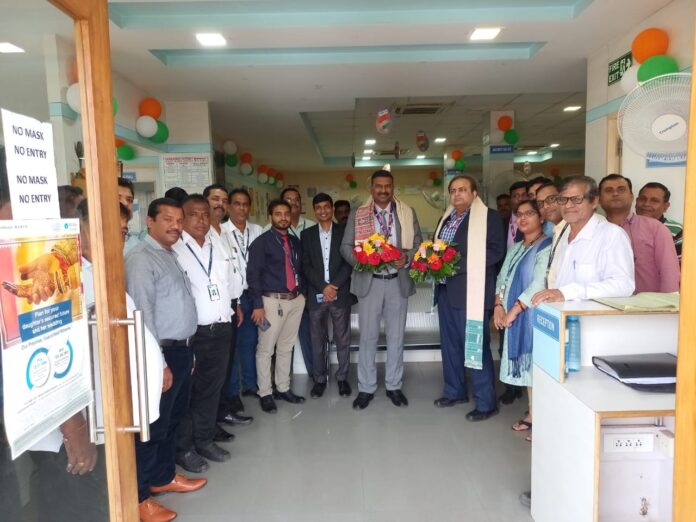 Buruea Chief PKB: On the visit of Regional Director SBI life, Mr.P.V.Naidu to the Jeypore branch, an awareness program was organised inside the premises of the insurance organisation. As per the information received from the BSM Mr.Murmaya Tripathy, there are more than three hundred numbers of life Mitra(Supportive Agents) serving around Koraput District in rendering insurance services for the welfare of the people. We aim at providing services in a very committed manner following all the standard norms of the organisation, Mr.Tripathi asserted affirmatively.
On the occasion of awareness meeting of the Regional Director, the members associated with the brach received more beneficial tips for the growth and development of branches in the undivided koraput including the extention of timely assistance and services to the general public.The safety and security services being provided by SBI life is known to be praiseworthy as proudly stated by the STM, Mr.Panchanan Dash. As a new SBI branch has already been decided to be operational very shortly in the Tribal dominated Malkangiri District, so the recruitment of staff members have been inducted into the services as informed by the Regional Director. The awareness program on the occasion of the visit of Regional Director geared up the excitement and enthusiasm among the gatherings in which DRM S.Mahanty, RM Budhaditya Bannerjee were graciously present. All the staff members of the branch including Tanuj Dash, Sunita Nayak and many others not only attended the meeting but also coordinated for the success of the program.