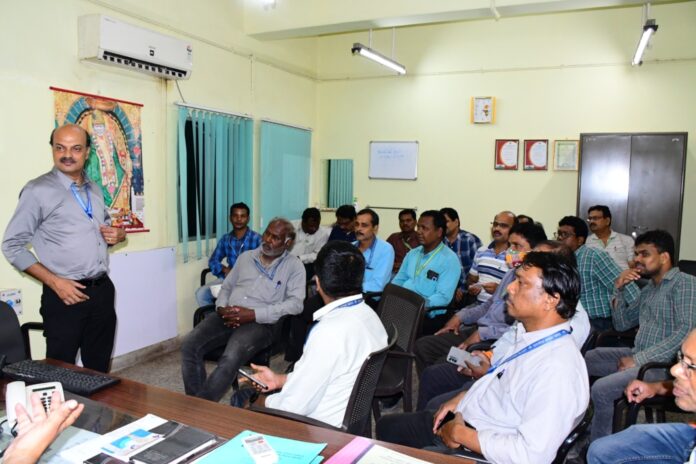 Sessions of ‘Samvedikaran,’ – the novel cost awareness drive launched recently by the Finance and Administration Department of SAIL, Rourkela Steel Plant (RSP) is witnessing encouraging response from the employees. Detailed presentations are being made by Finance & Accounts Department personnel highlighting the current issues being faced by RSP like reducing NSR, hike in imported coal cost and imposition of customs duty on steel products etc. The Cost Reduction Plan vis-a vis the actual performance of the individual departments in the 1st quarter of the current fiscal are also being discussed during the deliberations. The role of each individual to achieve the objective of the drive is being propagated through these sessions.