Nation wide launch of Coffee from Koraput by Blue Tokai 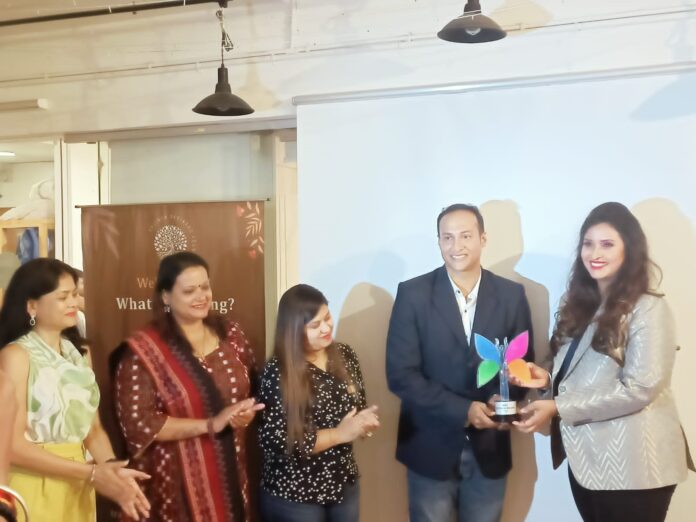 Kalinga DESIAGRO Foundation (KDF) is excited to announce the nationwide retail launch of coffee from Koraput by Blue Tokai Coffee Roasters under its ‘Debut Series’. Blue Tokai Coffee Roasters is India’s largest and fastest growing specialty coffee brand with over 50 cafes across the country.As a leading specialty coffee roaster, Blue Tokai is very selective about the coffees that it procures. Until this year, all coffees sourced and marketed by Blue Tokai were from prominent farms and estates located in Karnataka and Tamil Nadu. Through the effortsof KDF, the Blue Tokai team was able to taste coffees from multiple farms in Koraput and selected coffees from two farms in Koraput district for the pan-India launch for the very first time.This launch is a testament to the hard work and dedication put in by the coffee growers of Koraput in producing quality coffee, at par with some of the best coffees being produced in India.
The two farms that were selected by Blue Tokai for the launch are Madhu Agro Plantation and Maa Mangala Plantation. Madhu Agro Plantation is a 45 acres plantation being run and managed by the mother-daughter duo of Mrs. T. Nirmala Reddy and Ms. Rajeshwari Reddy. Despite facing several adversities, including crippling effects of Cylcone Hudhud in 2014, the Reddys have continued to carefully nurture the plantation and adopt modern practices to produce some of the best coffees coming out of Koraput region. Located on the foothills of Deomali, Maa Mangala Plantation is the labour of love of Mr. Saroj Swain, a first-generation coffee grower. Mr. Swain’s dedicated efforts have ensured that the plantation produces award winning coffee, having earned recognition from the Coffee Board of India in the Flavours of India competitions held in 2004 and 2008. In the lunching ceremony Sukirti Pattanaik Convenor INWEC, Co-convenor Tanaya Pattanaik are joined as guest in this event. On this occasion, INWEC (Indian chamber of commerce women council) convenor ms sukirti patnaik and co convenor miss Tanaya Patnaik felicitated the partners with the INWEC business awards. Sukirti said “kdf is the true essence of entrepreneurship venture, Preeti is our pride and a true inspiration for all women entrepreneurs. I am sure this brand of Odisha will be well accepted across the globe: a unicorn in the happening”. Apart from that in this lunching ceremony of Blue Tokai the founder of Kalinga Agro Foundation Smt. Preeti Pallavi Pattnaik, Co-founder Ansuman Rath, Co-founder Labanyendu Das and the members INWEC are also present.
The coffees from the two farms were procured by the trading arm of KDF at a market premium, processed at its recently established coffee curing facility in Koraput, and supplied to Blue Tokai’s roastery in Gurgaon. KDF also worked closely with the Blue Tokai team to highlight the farms, the coffee growers and the region on all their promotional material for the launch!
As a social impact initiative that is working towards a holistic development of the coffee ecosystem in Odisha, KDF had, earlier this year,conducted audits at multiple farms in Koraput and provided feedback for improving farm level practices to enhance coffee quality. KDF has also recently established a 4500 sq. ft. state-of-the-art integrated coffee processing and storage facility capable of processing approximately 600 metric tonnes of raw coffee annually. In its first year of operation, KDF has, through its trading arm, procured over 35 metric tonnes of raw coffee from the local coffee growers of Koraput offering a premium over market prices to commensurate with the coffee quality. As part of its market outreach plan, KDF is currently working towards bringing more visibility to Koraput region among prominent coffee roasters in India and in the international market.