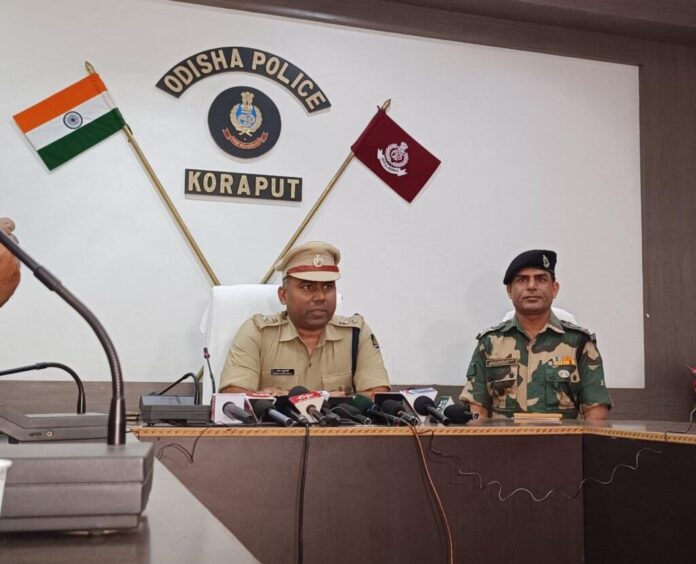 Buruea Head PKB: After a tremendous success for the Koraput and Malkangi police in connection with the surrender of a vast chunks of militia and Maoist supporters, a large amount of explosives were recovered from the dump. As per the information received from SP, Varun Gunthapalli, Koraput, the Materials recovered from the dump after collecting the confidential information. Based on the reliable information on 20/9/22, one team of SOG and DVF , Koraput had Conducted the Anti- Naxal Operation in the forest area of Hanuman, Sindhiput, Ondeipadar, Andrahal, Mudulipada under macchakunda PS of Koraput and Mudulipada PS of Malkangi district. The Anti-Naxal team on the very next day on 21th sep recovered an explosive dump in the forest area near village Sindhiput of Andrahal GP bordering Rangabayalu GP of Alluri Sitaram Raju district of Andra Pradesh. In the operation, the seizures include Seventy thousand cash, 17 mitre of Codex wire, 31 numbers of geletin sticks , 11 number of Electric detonators, One Electric wire bondle, Two tiffen bombs, One pressure cooker bomb and one testing Pin. as stated by Mr Varun Gunthapalli.