Come to Mingle with the devotion of Maa Durga 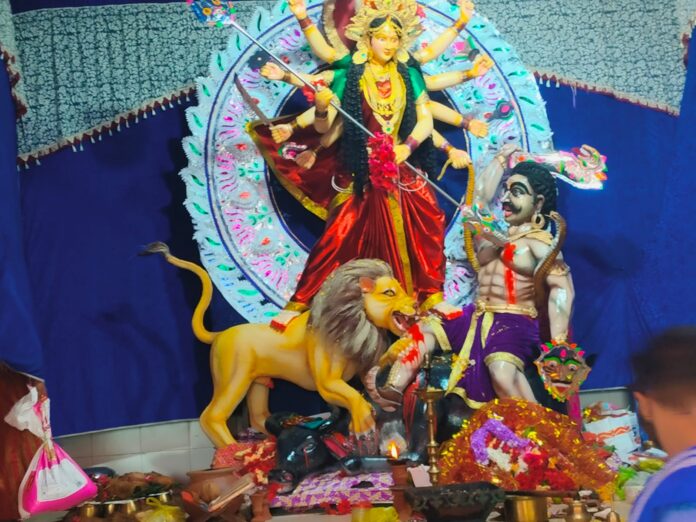 Prasanta Kumar Bishoyi: The Navaratri festival of Maa Durga Durgati Nasini across the country started on 26th of September and will come to an end on 5th October 2022. During this auspicious Celebration of the Navaratri Mohaswab, every one is happy to invoke the blessings of Maa Durga. Just as a child needs the blessings of its mother all the times, so much so, we also pray the supreme incarnation of Devi Durga and her blessings endlessly upon us. Sailaputri, Brahmacharini, Chandraghanta, Kusmanda, Skandamata, Katyaini, Kalaratri, Mahagouri and Siddhidatri are the nine incarnations of Devi Durga. This is the festival of the victory over the Evils. In North India, this Navaratri festival of Maa Durga is always found with enthusiasm and devotion.
The Durga Puja celebration of Jeypore, in Koraput District of Odisha holds a wider degree of recognition and speciality of its own. People of Jeypore are the intense devotees of Lord Jagannath, Baba Gupteshwar , Maa Jagatjanani and Devi Durga. They do all these pujas and its Celebration in a disciplined manner. There are more amount of joy, pleasure and happiness found existing during the Navaratri festival of Maa Bhagavati. 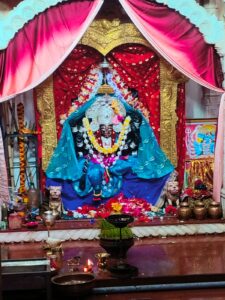 Jeypore is the second largest city in southern Odisha where the worshipping of Goddess Durga is being conducted with greater enthusiasm and auster discipline. The most beautiful and attractive temple of Maa Bhagavati could find the gathering of a vast constellation of devotees inside its premises in order to have a glance upon Devi Bhagavati. So kind, so humble look and her expression that can only be realised but can’t be described. The Kanaka Devi Durga Puja celebration at Rajanagar square appears as if Maa Durga has kept its blessings upon all the people of Jeypore. Now, there is a good devotional atmosphere around jeypore where there is politeness, submission and extreme devotion found existing among the people. Let’s hope for getting the blessings of Maa Durga–The Durgati Nasini
Share
Facebook
Twitter
Pinterest
WhatsApp
Previous article“BNR Indoor Sports Complex” Inaugurated
Next article5T Secretary to help a poor girl in the admission for PG in Philosophy at VD College