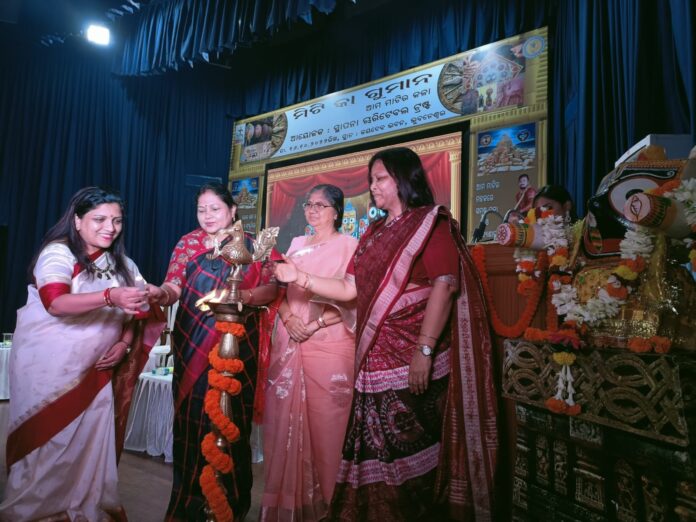 A special effort has been made by Sthapana Charitable Trust, a pioneering organization of Odisha, to revive the extinct art form like Bhagabad Tungi’s tribal & folk arts of Odisha. From the cottage industry of the village, a new attempt has been made to explore the art and culture of Odisha. Miti ka Guman is dedicated to the mothers & motherhood of the land. There are so many art foams in village & retracts of Odisha, which are slowly going oblivion and are being lost. What’s more, there are so many female artists whose art is taking off like wildfires. In order to bring out chose lost pride and glory through our glorious cultural heritage, ‘Miti Ka Guman’ initiative has been made by the Sthapana Charitable Trust. On this occasion ‘Miti Ka Guman’ a vibrant cultural program with artists, artisans and craft persons from various parts of Odisha was held at Jaydev Bhawan, Bhubaneswar. The Chief Guest of the program is the Hon’ble Minister of Housing & Urban Development Smt. Usha Devi. Dr. Minati Behera, Chairperson State Commissioner for women Smt. Mandakini Kar, Chairperson State Commissioner protection of child rights, Smt. Sulochana Das, Mayor, BMC joined as Guest of Honour. Padma Bibhusana Dr. Sudarshan Sahu and Padmashree Dr. Devi Prasanna Patnaik are special guests. The programme was conducted & chained by Smt. Nibedita Nayak, Founder Chairperson of SCT & newly appointed Advisor to BSKY. On this occasion eminent film producer & director Mr. Sabyasachi Mahapatra had been honoured with Mitti Ka Guman Award, Famous Gandhian Leader & Social Worker Smt. Krishna Mohanty was conferred with Swapna Binodini Award 2022 and Editor of Shree Sahitya. Shri Krushna Nayak had been honoured with Ama Matira Kala 2022 Award. In addition 25 prominent person were honoured from various field. The day long programme was attended by people from various walks of life. Smt. Nibedita Nayak organizer of the programme said that protection, Preservation and promotion should be the motto to bring thousands of craft persons, artisans and woman entrepreneurs in to mainstream development of our state and making a brand for “Hand Made Odisha”. We have been emphasizing on women’s self reliance through tradition art, culture and literature. We continue our efforts to reach to the artists and of the village community on the global stage. Secretary Sri Saroj Kumar Bhuyan, Smt. Shanta Baliarsingh, Smt. Rita Bliarsingh and Sachikant Pradhan of Sthapana family were present. At last vote of thanks was given by Sri Saroj Bhuyan. 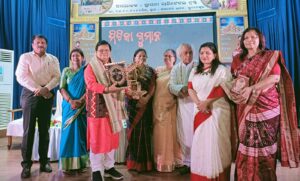 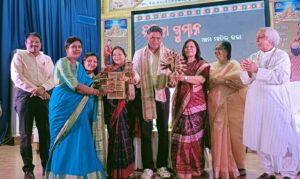 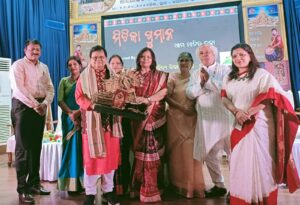 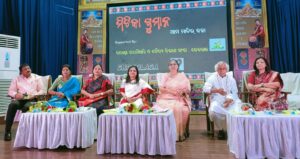