Can Dharmendra Pradhan Come to Jeypore as he goes across the country ? 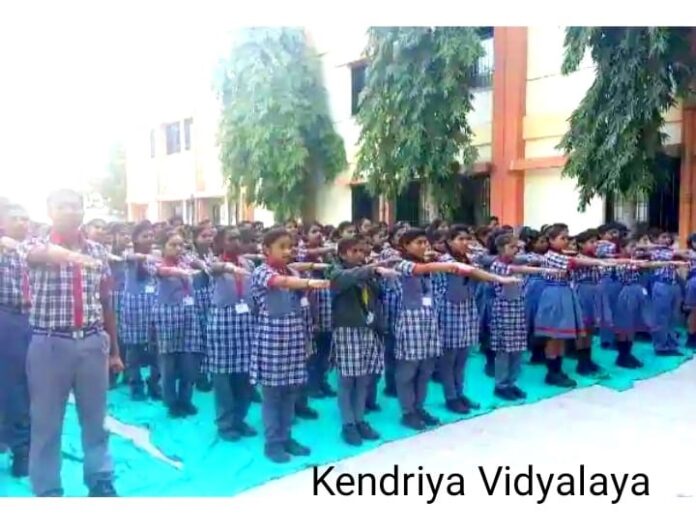 Buruea Head (Prasanta K.B) : On the auspicious month of Kartika, People in dawn usually in Odisha disconnect themselves from their warmth of the beds to get armed with the pious devotion of Almighty God and proceed towards the temples. This is such an amazing devotional ambience evidently witnessed around all the temples of Odisha. The surrounding area of all the temples of Jeypore are found replet with devotion and divinity of Hindu religious devotees. While being a part of such atmospheric area early in the morning, I happened to come across two persons talking about the education and academics of their children. It was just at Rajanagar square Raghunath temple side tea stall. Tea in the morning is an important food to many as affirmatively believed to be the best stimulation for understanding the emotions of many. During the course of their discussion, I paid my rapt attention when the topic of Kendriya Vidyalaya cropped up without affording negligence. The discussion of both of them from my observation:( don’t know their names)
Agasti : I find our education system is getting widely equipped with many innovative ideas through New Educational Policy.
Basistha: Don’t you know Dharmendra Pradhan, union education minister plays a pivotal role in this policy and I feel proud that Dharmendra is an Odia.
Agasti: I know him well but it seems he is busy only purchasing reputation for himself by visiting the entire country and loading his soujourn in facebook. By the way, what about the education of your younger son.
Basistha: My son is in standard three here at a private school but I am not so happy finding the methods adopted for teaching. I wanted to shift him to a kendriya vidyalaya being an employee of central govt but the prospects of Jeypore kendriya vidyalaya appears a distant dream. May be due to politics.
Agasti: I heard Dharmendra Pradhan is in the full knowledge of the requirement of Kendriya Vidyalaya at Jeypore and many representations and memorandum submitted to him through Bhalu, Local MLA and Governor of Odisha was also submitted memorandum for KV at Jeypore. You know, Mr.Pradhan set up KV in his in laws place (Himachal Pradesh) and also at Angul. But, he neglects Jeypore. Why I don’t know. If any other BJP leader had been the education minister, perhaps, KV at Jeypore would have been enlisted.
Basistha: I am a govt employee, I can’t speak against any leader but I am sure if Dharmendra Pradhan visited Jeypore, he would sanction order of approval for Jeypore KV.
Agasti: Because the people of Jeypore expected many aspirations to be academically fullfiled by Dharmendra Pradhan especially KV ; and we have all infrastructure really ready but it is annoying that Dharmendra Pradhan set up in Himachal Pradesh, not at Jeypore.
Basistha: (Cracked a joke,)why didn’t ask Dharmendra to get married from Jeypore, so that KV issue could have been easier. But, I am sure if he desires , it can be.
Agasti: Let’s hope so. Babuli, prepare another lemon tea.
I left their parliament.