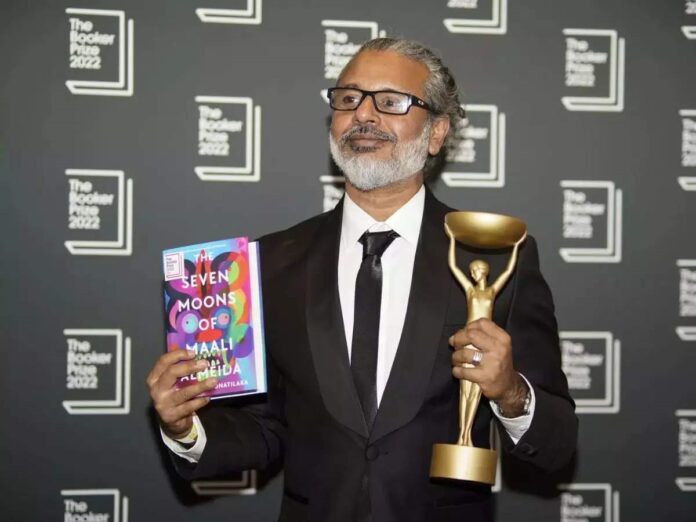 NF Times,Pratap Prusty : Shehan Karunatilaka, one of the foremost Sri Lankan Author, Wins Booker Prize 2022 for his Book ‘The Seven Moons of Maali Almeida’. The Sri Lankan writer received the award, one of the most prestigious literary prizes in the world, for his second novel, which examines the trauma of his country’s decades-long civil war.
The book is about- Colombo, 1990. Maali Almeida, war photographer, gambler and closet queen, has woken up dead in what seems like a celestial visa office. His dismembered body is sinking in the Beira Lake and he has no idea who killed him. At a time when scores are settled by death squads, suicide bombers and hired goons, the list of suspects is depressingly long. But even in the afterlife, time is running out for Maali. He has seven moons to try and contact the man and woman he loves most and lead them to a hidden cache of photos that will rock Sri Lanka.
As a boy living through Sri Lanka’s civil war in the 1980s, Shehan Karunatilaka thought of political violence as part of the landscape. War was a constant backdrop to daily life, more mundane than frightening at times.Shehan Karunatilaka is considered one of Sri Lanka’s foremost authors. In addition to his novels, he has written rock songs, screenplays and travel stories.
Karunatilaka emerged on the world literary stage in 2011, when he won the Commonwealth Prize, the DSL and Gratiaen Prize for his debut novel, Chinaman. His songs, scripts and stories have been published in Rolling Stone, GQ and National Geographic.
Born in Galle, Sri Lanka, Karunatilaka grew up in Colombo, studied in New Zealand and has lived and worked in London, Amsterdam and Singapore. He currently lives in Sri Lanka.