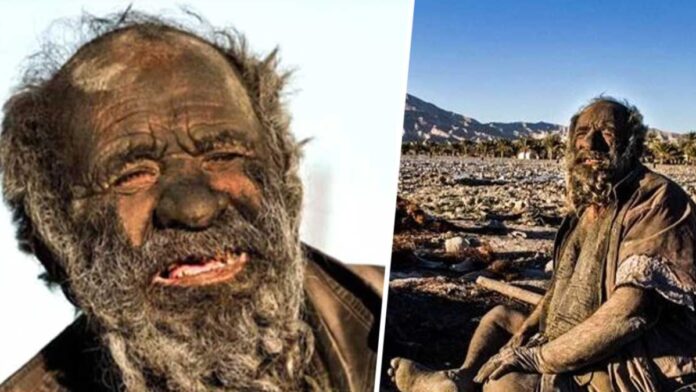 N.F Times, Pratap Prusty : Amou Haji (uncle Haji) sits in front of an open brick shack that the villagers constructed for him, on the outskirts of the village of Dezhgah in the Dehram district of the southwestern Iranian Fars province, on December 28, 2018.
Amou Haji – which translates as Uncle Haji – feared water and soap, local reports say A hermit dubbed by media as “the world’s dirtiest man” has died at the age of 94, just months after having his first wash in decades.
Amou Haji had refused to use soap and water for more than half a century, fearing it would make him sick.The Iranian, who lived in the southern province of Fars, had avoided previous attempts by villagers to get him clean.
But, local media say, Amou Haji finally succumbed to pressure and washed a few months ago.According to Iran’s IRNA news agency, he became ill shortly afterwards and died on Sunday.