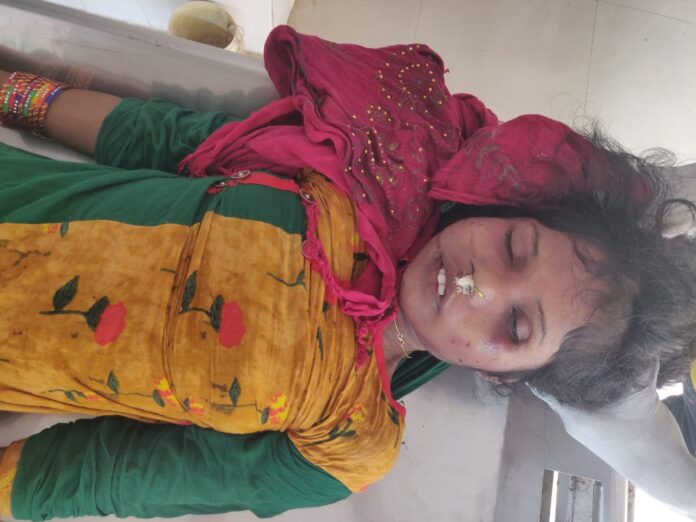 Khordha : Khordha Model Police Recovered a Unidentified Women Dead Body at District Head Quatre Hospital (DHH)Khordha. The Unidentified Women is Admitted in DHH, Khordha in a Serious Conditions on 21.10.2022,but She is Dead under Treatment. The Doctors & Staffs of the DHH not found any Identity of the Deceased Women. After got Information Khordha Model Police Preserved the Dead Body in the Mortuary Room of DHH, Khordha and Model Police Informed the Nearest Police Station as well as in Social Media for their Identification, but there is no any Result about it. After the Primary Investigation Khordha Model Police Know that the Dead Body is a Minority Class Women. Police Decided to Creamition of the Dead Body. But Khordha Rotary Club Members Extended their Hand. President Khordha Rotary Club & Vice-Chairman Khordha, Municipality, Sourya Ranjan Mohanty, Secretary Rotary Club, Khordha &State Secretary Biju Yuva Janta Dal, Rudra Nath Dutta, Sabya Chakroborty, Sanjaya Burman, Deba Prasad Majumdar and others Members of Rotary Club Khordha, IIC, Model PS, Khordha, Tareque Ahemad, SI, Padmalochan Behera among others were Buried the Dead Body of the Women. Peoples were Praises this types of Humanitarian Activities of Rotary Club Members Khordha.