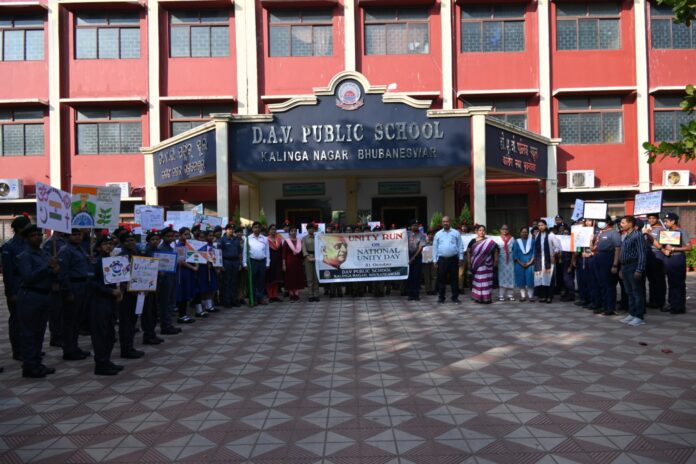 Bhubaneswar, 31.10: – DAV Public School, Kalinga Nagar observed Rastriya Ekta Diwas in its premises in commemoration of the birth anniversary of our former Deputy Prime Minister and freedom fighter Sardar Vallabhbhai Patel. As a mark of respect to the great patriot, the Principal, teachers and the students offered their floral tribute to Sardar Patel and took the national unity day pledge. In his address to the gathering, the Principal reiterated the decisive role and audacity of the Iron Man of India in the unification of the country in the post-independence era and his contribution to the freedom movement. He further said that the intense love of sardar Patel for his motherland and his ideologies shall continue to rule the over the hearts of thousands and millions of people all over the world till eternity. As a mark of respect to the great leader, Unity Run was flagged off by the Principal in the morning. More than 150 scouts, guides, NCC cadets and teachers ran up to SUM Hospital square giving slogans of India’s inherent unity and integrity. The entire programme was arranged successfully by the School’s Scout and Guide and NCC wings with the whole-hearted support of all the staff. 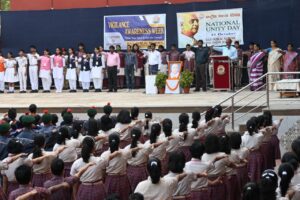 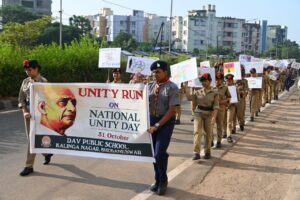 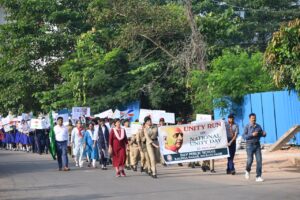