“Standardization and Digitalization are a great way to bring in more transparency to the systems,” says DIC, RSP while inaugurating the observance of Vigilance Awareness Week 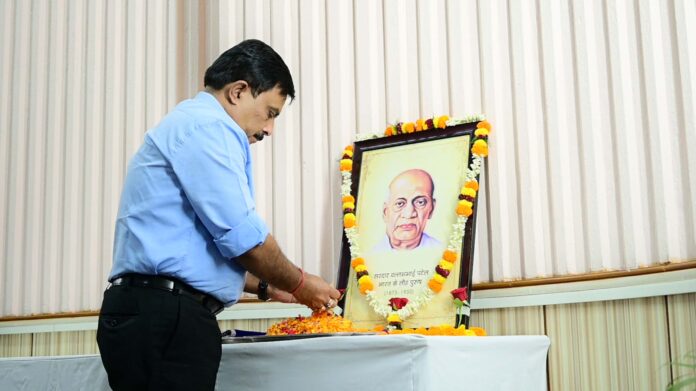 Rourkela : “Standardization and Digitalization are a great way to bring in more transparency to the systems,” said Mr. Atanu Bhwomick, Director In-Charge, RSP while addressing the gathering in the inaugural function of the Vigilance Awareness Week – 2022 at HRD Centre of SAIL, Rourkela Steel Plant on 31st October. Mr. P K Srivastava, IPS, Joint Director, CBI was the Guest Speaker in the function. Mr. S R Suryawanshi, ED (Works), Mr. P K Satapathy, ED (P&A), Mr. M K Gupta, GM (Vigilance) & ACVO, were also present on the dais. Mr. Bhowmick along with other dignitaries inaugurated the function by lighting the ceremonial lamp and paying floral tributes at the portrait of Sardar Vallabh Bhai Patel, the iron man of India. It is worth mentioning here that the Vigilance Awareness Week is observed to mark the Birth Anniversary of Sardar Patel.
Speaking further the DIC said, “In the current era of IT, Automation, Artificial Intelligence, Industry 4.0 and Digital technology, we must adopt and adapt to these advanced working styles to create more efficient, transparent and accountable systems with no scope for arbitrariness and discretion. These also enable better quality and efficient delivery of services.” Exhorting everyone to collectively participate in the prevention of corruption, Mr. Bhowmick said, “Let’s reinforce the values of integrity and openness in all our endeavours which will be a fitting tribute to Sardar Vallabh Bhai Patel.” 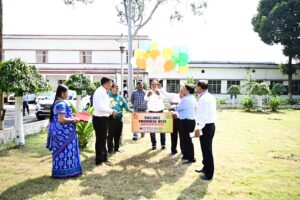 Mr. Srivastava in his interactive address spoke about the huge malaise of corruption and how it impacts the health and growth of an organisation and moreover of the whole country. He made a detailed presentation on the occasion explaining the complex and multi faceted phenomena that affects all aspects of the society viz. social, economical and political. “We as responsible citizens must come forward to check this menace by remaining vigilant and take active role to fight it out,” he emphasised.
Mr. Suryawanshi in his address stressed on developing a culture of righteousness. He also underscored the need of promoting ethical values and integrity in public life and becoming more conscious of these credos while working in a public sector set up.Speaking on the occasion, Mr. Satapathy emphasised upon inculcating a good character and highlighted the importance of adhering to the rules & procedures.
At the outset Mr. Soumit Kumar, GM (Vigilance) read out the message of the Honourable President of India while Mr. S K Senapati, Senior Manager (Vigilance) read out the message of the Honourable Vice-President of India. The message of the Honourable Prime Minister of India was read by Mr. Sandeep Bansal, AGM (Vigilance) while the message of Central Vigilance Commissioner was read by Mr. A K Biswal, AGM (Vigilance). 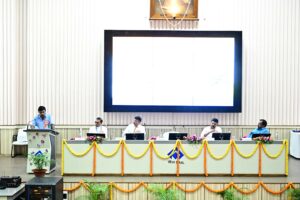 At the outset the DIC administered the Vigilance Pledge to all those present which was followed by screening of film made by the Central Vigilance Commission. Mr Bhowmick also released a cluster of balloons in the sky to mark the occasion.Mr. Gupta welcomed the gathering and elaborated on the various inbound and outreach programmes being organised by the vigilance department to create awareness. Mr. Soumit Kumar proposed a formal Vote of Thanks. Ms. Ankita Bilung, Manager, CP-II was the anchor of the programme. 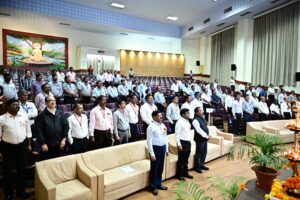