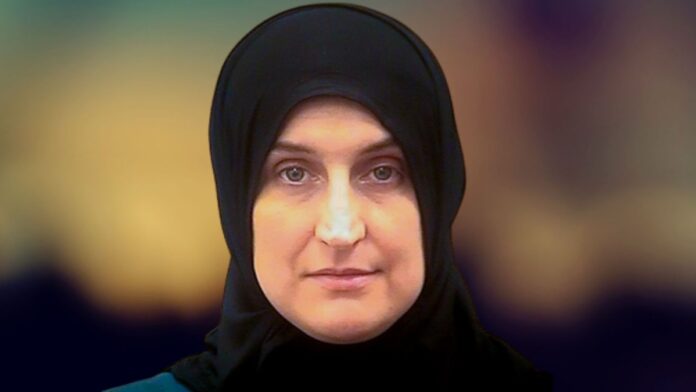 N.F Times, Pratap Prusty : Allison Fluke-Ekren, a 42-year-old from Kansas, US committed terrorist acts in Iraq, Syria and Libya over an eight-year period has been sentenced 20 years by the US court. The woman confessed to have been giving military training to more than 100 women and girls, including some as young as 10.
Ahead of the sentencing, prosecutors said the sentence – the maximum allowable by law – would not be enough to punish her but should be imposed regardless. Her defence team had sought an unspecified shorter sentence, arguing that she was traumatised by her experiences in war-torn Syria.
According to the sources, the woman was a former teacher grew up in the small community of Overbrook in Kansas, according to court documents, and became a fanatic militant who rose through the ranks of IS.
While many other women joined IS – including some who fought or performed other functions on the group’s behalf – Fluke-Ekren is a rare case of a woman being elevated to a leadership position in the traditionally male-dominated group.
According to the Department of Justice and public records seen by the BBC, she moved to the Middle East with her second husband – a now-deceased member of the Libyan militant group Ansar Al-Sharia and IS – in the early 2000s, during which time she still visited Kansas occasionally.
In or around 2012, she was smuggled into Syria and became an active member of IS, marrying several other militants after her husband was killed in battle. Two of her subsequent husbands, including a Bangladeshi drone specialist, were also killed fighting for the group.
Around four years later, she became a leader and organiser of Khatiba Nusayba, an all-female IS battalion set up in the group’s de-facto capital of Raqqa, Syria. US officials believe her primary duty there was providing military training to the women, including in the use of AK-47s, grenades and suicide belts.
She is also alleged to have recruited operatives for a potential terror attack in the US.In a sentencing memo, First Assistant US Attorney Raj Parekh wrote that Fluke-Ekren “brainwashed young girls and trained them to kill”.
“She carved a path of terror, plunging her own children into unfathomable depths of cruelty by physically, psychologically, emotionally and sexually abusing them,” he added.Two of her 12 children have also alleged in letters to the court that she sexually abused them. While she admitted her role in IS, Fluke-Ekren’s lawyers said she “vehemently denies the allegations” of abuse.
The total number of US citizens who joined IS remains unclear, but research from George Washington University suggests that about 300 travelled or attempted to travel to Syria or Iraq to do so.In late 2020, US authorities announced that 27 had been repatriated, including 10 charged with terror offences.