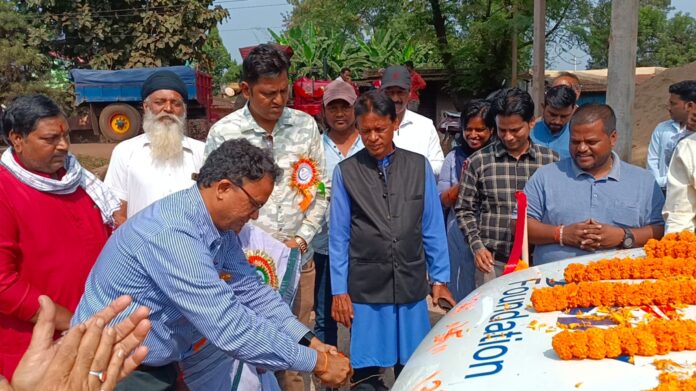 Barbil: As a part of community service, JSW donated a mortuary van to Barbil-based community center Seva Group on Thursday. The launching ceremony was graced by the eminent social activist worker Padmashree Tulsi Munda.
She praised the company for donating the van and suggested to lend such assistances to the local community.
The van will be a great for the local. It is attached with freezer box which will help the body not to decomposed easily for a couple of days. 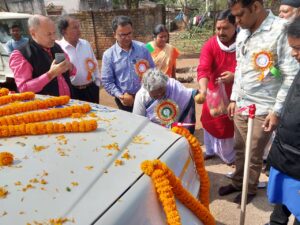 Other dignitaries like social worker Pranav Kumar Das, MATOA president Vikash Sarawgi, JSW Officials and members of Seva Group like president Binod Bhawsinka and other were present at the event. The participating guests admired the company for its support.