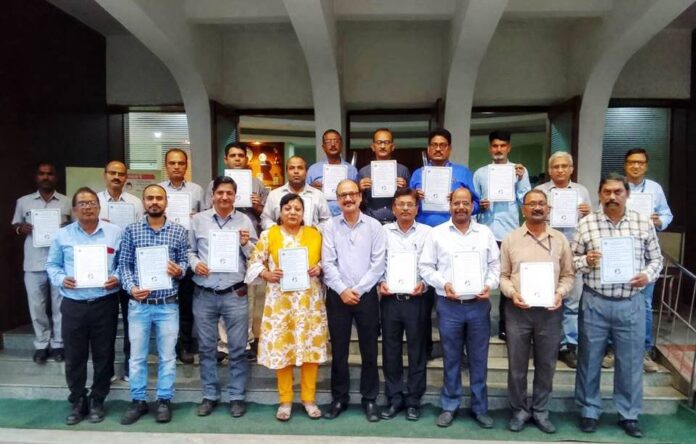 In her inaugural address, Ms. Dubey said that Cub and Bulbul activities help in physical mental and social development. It inculcates values of discipline, responsibilities and teaches students to face any adverse situation in life. She praised Rovers and Rangers for their praise worthy gesture of helping the needy during covid times.

The group dance was coloured with patriotic fervour and love for animals and trees. The havoc created by deforestation was well presented by the cub bulbuls and the colourful attire of the students depicting different characters was equally impressive.

Shri S.V. Nandanwar, C.G.M. (T.S.D. & C.S.R.) was the Chief Guest during the Valedictory function. On this occasion, he appreciated the efforts made by Cubs & Bulbuls. He gave away prizes to the winners of various competitions. He asked students to imbibe the Motto “koshish karo” in their life. Overall championship was bagged by EMMS VII.