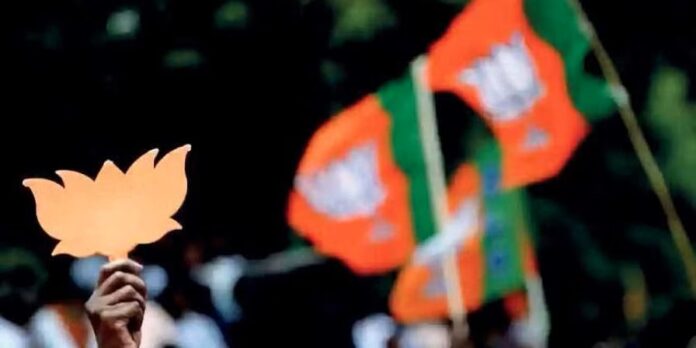 NEW DELHI: The BJP on Monday released a sting video shot purportedly by a former Aam Aadmi Party volunteer from northwest Delhi’s Rohini to allege the AAP was selling tickets for MCD polls.No immediate reaction was available from the AAP over the BJP charges.The AAP and its chief Arvind Kejriwal are deeply involved in corruption, BJP national spokesperson Sambit Patra alleged at a press conference here, playing the purported sting video.
The video was purportedly shot by AAP volunteer Bindu who was allegedly demanded Rs 80 lakh for an AAP ticket from the Rohini D ward in the MCD polls, Patra alleged.The video shows Bindu purportedly discussing the payment of money with some purported AAP leaders including its North West Delhi Lok Sabha incharge RR Pathania and Rohini Assembly constituency in charge coordinator Punit Goel, Patra claimed.
“These leaders including Pathania and Goel have links with a five-member committee of the AAP that was associated with ticket distribution. AAP minister Gopal Rai, MLAs Durgesh Pathak, Saurabh Bhardwaj and Atishi as well as Adil Khan are its members,” he said.The authenticity of the video is yet to be verified.
Patra also said the sting video revealed that 110 tickets of the AAP were reserved for distribution on the basis of payment.Bindu alleged AAP leaders “sold” tickets for MCD polls to rich people neglecting their level volunteers.BJP MLA from Rohini Vijender Gupta alleged the AAP leaders also sold tickets during the 2020 Assembly polls and demanded an Anti-Corruption Branch (ACB) probe.MCD polls in Delhi are scheduled on December 4.