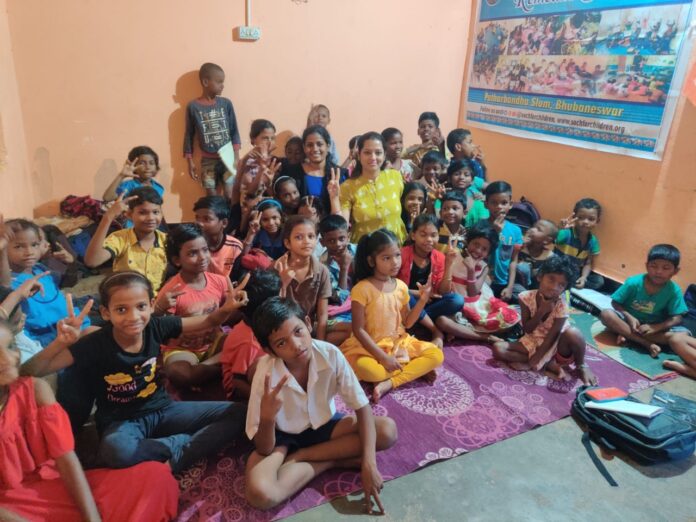 Bhubaneswar : As the Nation celebrates Children’s Day, 32 numbers of Children from various schools of Odisha appealed for their ‘Right to Breathe’ through an open letter addressing it to our Hon’ble State Chief Minister.
School Students from various age groups of Orissa took part in an open letter drive organized by NGOs working on Child Right along with SwitchON Foundation. The drive is a part of an effort to bring attention to the apocalyptic future our children would have to inherit where there is no fresh air to breathe, due to rising air pollution. SwitchON Foundation along with School Students will be seeking an appointment with respective Hon’ble Chief Minister of the state of Orissa – requesting his immediate intervention amid the rising air pollution in eastern India and across the Indo-gangetic plain.
Many children who wrote the letters had breathing difficulties and have been suffering from acute respiratory disorders, caused due to air pollution. Children also complained about people in their locality being careless about using and burning plastic packets and other forms of garbage. Children through their letters also raised alarm on the increasing number of vehicles across cities. Teacher from Kantabada Govt School said, “Our Children are the future of our existence and we adults have the responsibility to listen to their appeal to act against air pollution. The open letter drive along with SwitchON Foundation enabled my students to raise their apathy of their sufferings.”
Over the years experts have been saying that children are more vulnerable to pollution because their lungs are underdeveloped and their immune systems are weaker. And yet, nine out of 10 children around the world are breathing in toxins that exceed safe levels. Over the years, the situation has become critical, even global bodies like UNICEF have predicted that air pollution will become the leading cause of child mortality by 2050. However, all children should have the right to breathe clean air.
Organizations like Caritas India, Uddami India Foundation & Bal Kalyan Sangha were part of this drive on the Rights of Children to breathe Clean Air. Campaigners and subject experts from different organizations working on the issue of Child Rights and Air Pollution also attended the event.
Supporting the initiative on children’s right to clean air experts like, Dr. Arpita Subhadarshinee (Medical Officer Incharge, UPHC Uni-3, Bhubaneswar) cited the neurological and cognitive development of children in the state and also raised the demand for children’s right to breathe clean air.
Vinay Jaju MD, SwitchON Foundation said, “An entire generation of children are in jeopardy today, it is time to come together for our future generation and secure their right to healthy clean air. Every micro action can collectively create a macro impact.”