AAP will lose as it is `banner-based’ party: JP Nadda 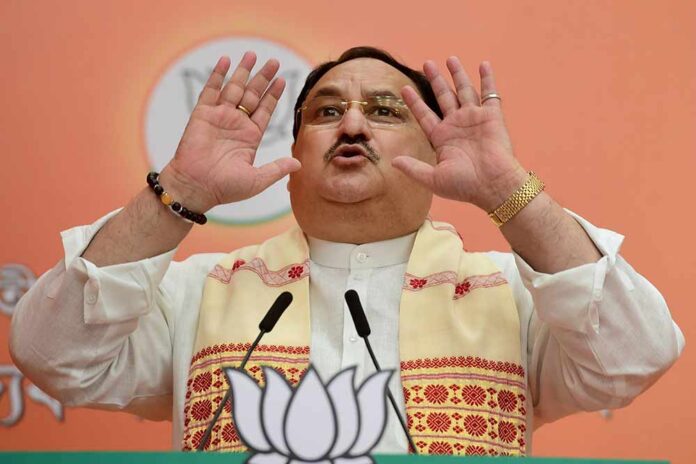 AHMEDABAD: BJP president J P Nadda on Tuesday said the Aam Aadmi Party (AAP) will be defeated in the Gujarat Assembly elections as it is a “banner-based party” as against the BJP which is cadre-based.AAP leaders will leave Gujarat once the elections are over, he claimed, speaking at a campaign rally in Shehra town of Panchmahal district in support of BJP candidate Jetha Bharwad.
“The AAP lost in Uttar Pradesh, Uttarakhand and Goa in the recent past. And its candidates will lose deposits in all 67 seats it has contested in Himachal Pradesh. They will meet the same fate in Gujarat,” said Nadda.Voting for Shehra and 92 other seats will take place on December 5, in the second phase of the Assembly elections.”AAP will lose because it is a banner-based party which can only paste banners during the polls while we are a cadre-based party which believes in serving people,” the BJP chief said.
He also accused the Congress of shedding “crocodile tears” for Other Backward Classes and tribals.”But it is the BJP under Prime Minister Narendra Modi which has actually changed your condition on the ground. It was Modi who made an Adivasi woman the President of this country for the first time,” he said.”Congress always played politics with the OBCs. Though several commissions were formed, nothing happened. It was Modi who gave constitutional status to the National OBC Commission,” he added.