Cuttack all set for makeover ahead of Hockey World Cup 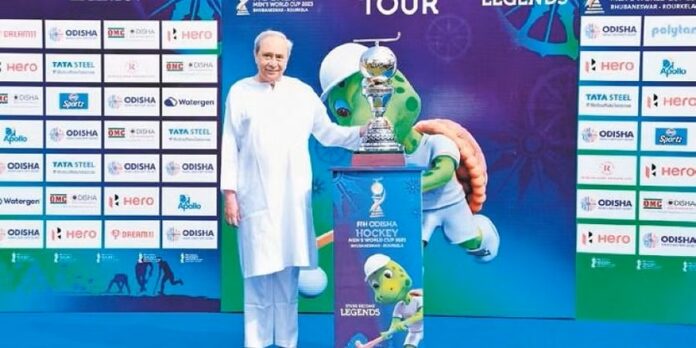 BHUBANESWAR: After launching a beautification drive in the capital city, the state government has worked out a makeover plan for Cuttack where the opening ceremony of the FIH Men’s Hockey World Cup 2023 will be held on January 11 at Barabati Stadium.In a meeting chaired by Development Commissioner PK Jena, officials said minor repair work of Barabati Stadium has already started while two open grounds outside the stadium will be readied for their use for drone shows and fireworks.
As per the decision, public amenities such as street lighting, dustbins, toilets, sitting areas will be improved, while high mast and spot lights will be added for night illumination at major locations. Locations identified for the trophy tour will be given a makeover. Entry gates will also be installed, while branding of the event will also be done adequately.
A slum near the deer park slum is likely to be evacuated as part of the makeover plan, sources said. On the other hand, mechanised sweeping will be launched on major roads of the city from this week and will continue for nearly a month.The Cuttack Municipal Corporation (CMC) in coordination with Bhubaneswar Municipal Corporation (BMC) will also identify all locations along NH-16 and Nandankanan road for mass cleanliness drive ahead of the mega sporting event.
Water sprinklers, vehicle mounted defogging and chemical based pollution settlement sprays have also been planned for all the major locations in the city.Similarly, additional dog catching and cattle catching vehicles will be hired for the major locations in the city.Officials said adequate measures will also be put in place for parking and crowd management. Idle parking of trucks and buses on NH and other main roads will be removed for the entire period of the World Cup and beyond, they said.

Share
Facebook
Twitter
Pinterest
WhatsApp
Previous articleIndia will give direction to world in ‘Amrit Kaal’: PM Modi in RS
Next articleThe Speech of Shitilagna at Parliament brought glory to Odisha, a student of KV, Koraput