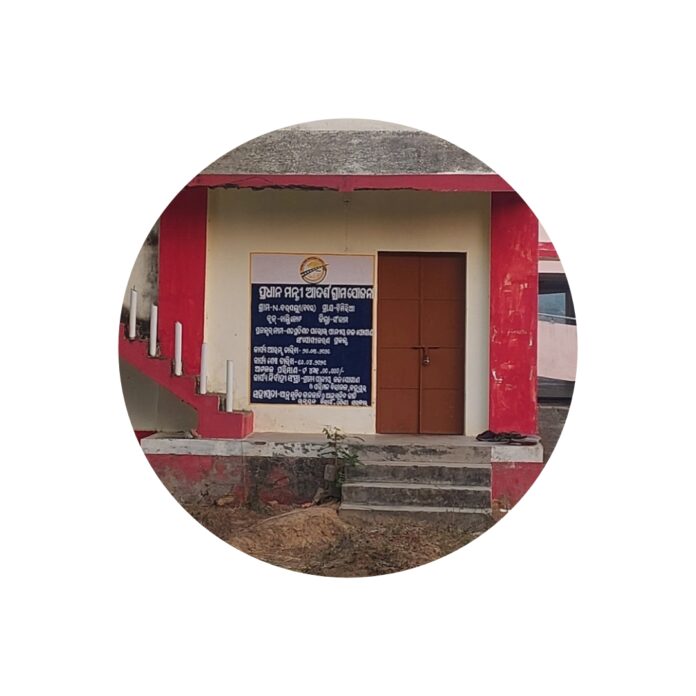 Ganjam : In order to provide safe drinking water to each and every household the Central Government and State govt. have launched a flagship programme by “Jal Jeevan Mission & Basudha” respectively and crores of rupees have been sanctioned to provide the same to the beneficiaries. But sorry to mention here that at Khallikote block under Ganjam district, the aim and objectives of the govt seems to be a Mirage due to the illigal or malafide intention of the govt officials. The burnt example of the corruption B. Barapalli Village of Dimirua GP. The roots of corruption have spread everywhere. As per the statement of the public locality, the departmental Engineer & contractors in joint effort misused the govt fund by making false bill under utilising the repair & maintenance fund head. It is said that in the village B. Barapalli & N.Barapalli under Dimirua GP the house connection pipe line and stand posts are prevailing without water supply. So the government fund misappropriation objection have now raised against the millioner departmental Engineer. The government administration is deaf and dumb in this regard. As per the statement of intellectual mass of the block, that concerned engineer has already dominated the departmental officers and district administration by the money & political power so that even no leaf could move without the direction of the JE concerned. The BDO, Khallikote had informed the executive Engineer, RWS&S Division, Brahmapur regarding the irregular activities of the JE Aman Panda in his Letter No. 3217 dt 22/09/2022 for higher level enquiry but no action has been taken against JE. It indicates that the root of the JE concerned had extended to the deepest level of the departmental officers for which Central Govt “Jal Jeevan Mission” yojana & state govt. sponsor “Basudha” yojana have become a day dream. Now the public are waiting for when the hibernation of the govt will come to an end and drastic action will be initiated against the JE. After a lot of complaints against Sri Panda, Govt issued a transfer order no.PR-DWSS(FE)-MISC-0037-2018 9748 Dtd 27.05.2022 & posted him at Gumma block under Gajapati district, but it is nevertheless to say that the transfer order has not been worked out yet so that he got an opportunity to settle the financial disorders as says by the local intellectual public.+