Indian Cricketer Rshav Pant’s Car caught fire in a road accident while back to home, Pant’s condition is stable 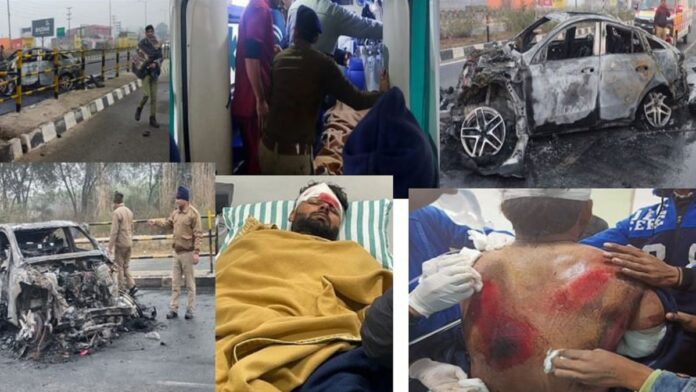 N.F Times, Pratap Prusty : On Friday morning, Cricketer Rishabh Pant suffered a road accident while he was travelling from Delhi to Uttarakhand.Pant was alone in his car and reportedly back to his home town Roorkee for New Year celebration. His Car met accident near Uttarakhand’s Roorkee in which he sustained injuries after his Mercedes GLE car rammed into road dividers and later caught fire. Hearing a loud sound of the accident, nearby villagers along with the local cops, rushed to the spot and pulled him out of the car. According to the report Pant’s condition is stable and he is capable to talk.

After being initially admitted to a private hospital in Roorkee, Pant was later referred to a Dehradun hospital. He has reportedly suffered injuries on his forehead head, along with a ligament injury on his right ankle, police sources said.