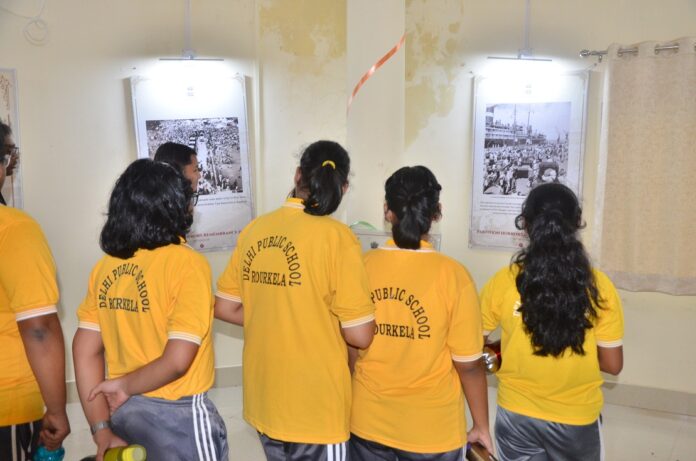 Rourkela : The exhibition on ‘Partition Horrors Remembrance Day’ organised by SAIL, Rourkela Steel Plant (RSP) is evoking good response from the visitors. The exhibition being held at the Interpretation Centre of Indira Gandhi Park is displaying rare photographs, depicting the sufferings of people during the partition of India. Notably, Mr. Atanu Bhowmick, DIC, RSP had inaugurated the exhibition on 14th August, 2022 as part of the observance of ‘Partition Horrors Remembrance Day’.
On 22nd August, 2022, students of Delhi public School, Sector-14 visited the exhibition and took a keen interest in the photographs and the caption describing the shot. Besides, visitors to the park are also thronging the exhibition centre to see the photographs on display.
The objective of the exhibition is to bring to light the agony, suffering and pain of the millions of people who were displaced during partition. It is a reminder to the country that its Independence was preceded by the largest displacement of the human population in the last century. The partition also claimed the lives of a large number of people.Notably, RSP has been organising an array of activities as part of the Azadi Ka Amrit Mahotsav to celebrate 75 glorious years of Indian Independence.