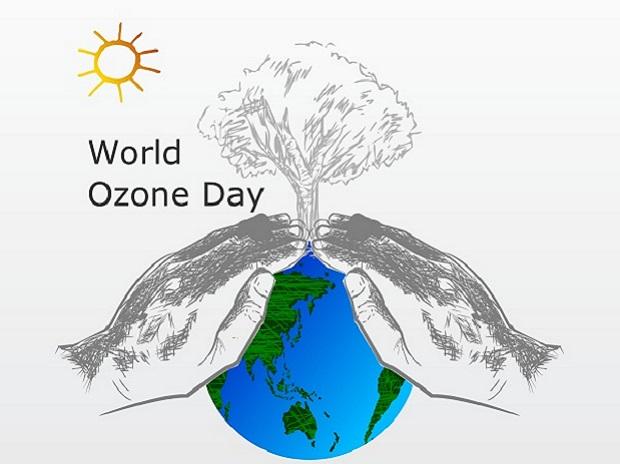 Ozone is a naturally occurring molecule made up of three oxygen atoms. Ozone is found in different levels of the Earth’s atmosphere. About 90% of the ozone in the atmosphere is concentrated between 15 and 30 kilometers from the Earth’s surface (stratospheric ozone). It is also found in low concentrations at ground level (tropospheric ozone). Ozone is a pollutant that forms a major part of haze in cities. The ozone layer was discovered in 1913 by French physicists Charles Fabry and Henri Buisson. The ozone layer is the general term for the high concentration of ozone that is found in the stratosphere between 15 and 30 km from the Earth’s surface. The ozone layer absorbs 97 to 99 percent of the Sun’s medium-frequency ultraviolet light (about 200 nm to 315 nm wavelengths), which would otherwise potentially harm exposed life forms near the surface.

Ozone layer depletion is the gradual thinning of the Earth’s ozone layer in the upper atmosphere, caused by the release of chemical compounds containing gaseous bromine or chlorine from industries or other human activities. When chlorine and bromine atoms in the stratosphere come into contact with ozone, they destroy ozone molecules. One chlorine atom can destroy more than 100,000 ozone molecules before being removed from the stratosphere. Some compounds release chlorine or bromine when exposed to intense UV light in the stratosphere. These compounds contribute to ozone depletion and are called ozone-depleting substances. ODS, that release chlorine includes chlorofluorocarbons (CFCs), hydrochlorofluorocarbons (HCFCs), carbon tetrachloride, and methyl chloroform. ODS, that release bromine include halons and methyl bromide. ODS is emitted at the Earth’s surface, eventually being carried into the stratosphere in a process that can take as long as two to five years.

Also, natural processes, such as large volcanic eruptions can have an indirect effect on ozone levels with the production of tiny particles called aerosols. These aerosols increase the effectiveness of chlorine in destroying ozone. Aerosols in the stratosphere create a surface on which CFC-based chlorine can destroy ozone. Although the impact from volcanoes is short-lived, this severe depletion creates so-called “ozone holes” that can be seen in images of Antarctic ozone, created using satellite observations. Although ozone loss is low in the Northern Hemisphere, significant thinning of the ozone layer has been observed over the Arctic and even continental Europe.

The depletion of the ozone layer increases the amount of UV reaching the Earth’s surface. Laboratory and epidemiological studies suggest that UV causes non-melanoma skin cancer and plays a major role in malignant melanoma development. In addition, UV has been linked to the development of cataracts, a disease of the lens of the eye. UV radiation affects the physiological and developmental processes of plants. Despite the mechanisms to reduce or ameliorate these effects and the ability to adapt to increased levels of UV, plant growth may be directly affected by UV radiation.

Survival rates for marine organisms have decreased as a result of exposure to solar UV radiation. UV radiation has been found to damage the early stages of development of fish, shrimp, crab, amphibians, and other marine animals. The most serious effects are reduced fertility and impaired larval development. Small increases in UV exposure can result in a decrease in the population of small marine organisms, which can have an impact on the entire marine food chain. Increases in UV radiation can affect terrestrial and aquatic biogeochemical cycles, thus increasing sources of greenhouse and chemically important trace gases (eg, carbon dioxide, carbon monoxide, carbonyl sulfide, ozone, and possibly other gases), and Sync can replace both. These potential changes would contribute to biosphere-atmosphere reactions that would reduce or increase atmospheric concentrations of these gases.

The Government of India has entrusted the Ministry of Environment, Forest and Climate Change (MoEF&CC) with the work relating to the implementation of the Montreal Protocol on Ozone Layer Protection and Substances on the Ozone Layer. The Ministry has set up an Ozone Cell as a National Ozone Unit (NOU) to provide essential services for the effective and timely implementation of the Montreal Protocol and its ODS phase-out program in India. India has actively phased out the production and consumption of CFCs with effect from August 1, 2008, except for use in metered dose inhalers (MDIs) used to treat diseases of asthma and chronic obstructive pulmonary disease (COPD). Currently, Ozone Cell is engaged in phasing out production and consumption of the next category of chemicals, Hydrochlorofluorocarbons (HCFCs), with an accelerated phase-out schedule as per the Montreal Protocol.