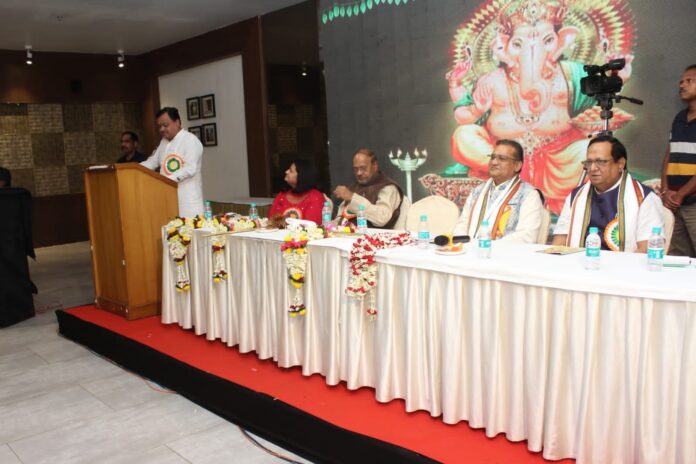 Cuttack : Madan Lal Dhingra Award 2022 given annually by the Veer Savarkar Foundation, this year at Hotel Pramod, Cuttack, author of 18 books, history penetrator Prof. Makhan Lal was presented with a Savarkar sword by Mrs. Suresh Chawanke, Director, Sudarshan TV, and Mrs. Elizabeth Mathew, President of the Indian National Army Family Welfare Committee, daughter of Captain Dr John Jacob from the Indian National Army at Cuttack, the birthplace of Netaji Subhas Chandra Bose.On this occasion, Shri Suresh Chavan urged the Hindu families of the country, the number of Hindu children born in the country today is 100.
There are 47 in the same number of Muslim children as 53. Today the girl in your family goes to the in-laws house. The boy will be the support of your old age. Your 12 year old son will be 32 after 20 years from today will be the head of your family. Hindu Muslim population will remain equal.Far from stabbing your child, if someone wants to stab his Muslim partner by running, he will be able to run at the same speed to save himself. Just like Tilak ji, Savarkar ji. Subhash Babu thought for the country, despite studying abroad. Too. Your child will also have to think the same way.Otherwise he will be forced to be defeated in front of the increasing Huvi Muslim population. On coming to Cuttack, it is necessary to install a statue of Savarkar like Netaji’s idol. I will leave this work after doing it. Just like for the statue of Netaji. Chief guest Elizabeth Mathew said that we have to rise above religion and think as Indian, only then this country will be saved. Historian Makhan Lal said that it took 500 years for Islam to come to Afghanistan.Engineer General Shyam Sundar Poddar said that now the Christian MLAs of CPM of Kerala started saying that the country should not be made a Hindu Rashtra, otherwise even Christian religion is not safe in front of Islam. Hindu is secular by birth. The secular word which was added in emergency in the constitution should be removed until section 30 is not removed and 44 is not implemented, our country will never become a secular state.Dr. Kishan Lal Bhartia, Nakul Aggarwal, Anil Dhirakinchan ji Maharaj., Vijay Khandelwal etc. orators gave their views. Secretaries Subhash Kedia, Koshal Poddar, Anand Poddar, Anuradha Modi, etc. were active in making the program a success. The meeting was conducted by the President of the organization Shri Prahlad Khandelwal. 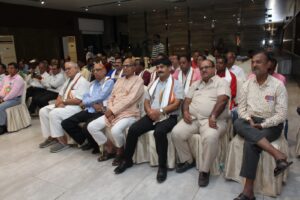