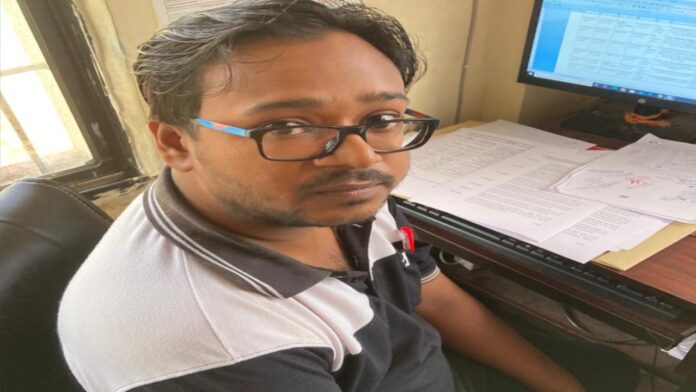 Jajpur, Pratap Prusty : The District Employment Officer and the junior clerk of his office were caught in red hand by the State vigilance sleuth on 10.10.2022 at Jajpur employment exchange office while taking bribe. According to the report, Sri Tapas Kumar Swain, DEO of Jajpur district demanded bribe Rs. 12,600.00 from one vehicle driver for showing undue advantage in connection with manipulating in fuel charge as well as hiring and engaging the vehicle in the office of DEO, Jajpur. The money was asked to be paid by the complainant via Sri Jitendra Sethy, Jr.clerk of DE office Jajpur. Acting upon the complaint, the state vigilance team were able to seize the bribable money and apprehended the DEO, Jajpur and his clerk. In this connection, a case vide No. 47 dated- 09.10.2022 had been registered U/S 7 PC Amendment Act, 2008 at the Vigilance Police Station, Cuttack. Besides, the Vigilance sleuth had simultaneously started search at the residence of Sri Swain at K-4, 1417, Patrapada, Bhubaneswar and his native home at Athantara, Niali, Cuttack. The both accused will be produced before the Honble court for further disposal of this case subsequently.