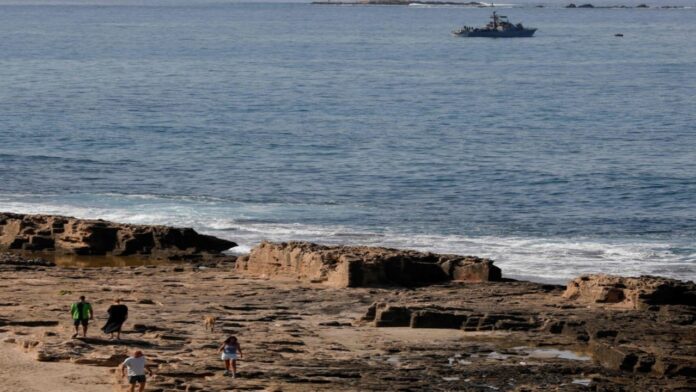 N.F Times, Pratap Prusty : Finally, the the dispute between Israel and Lebanon had settled down on Friday, when the both nations agree to accept the deal to resolve a decades-old dispute over the control of an eastern stretch of the Mediterranean Sea. The two countries announced on Tuesday, in a major diplomatic breakthrough between two neighbors that technically remain at war and have no direct official relations.
If ratified by both governments, the deal is expected to avert the immediate threat of conflict between Israel and Hezbollah militants in Lebanon, after fears of escalation if negotiations fell apart, and to make it easier for energy companies to extract gas from the eastern parts of the Mediterranean Sea.
The deal would allocate drilling rights at one contested gas field to Lebanon and confirm Israeli control of another field to the south, safeguarding new sources of energy and income for both countries.The deal nevertheless represented a significant breakthrough for two countries that have a long history of conflict. Israel occupied parts of southern Lebanon from 1982 to 2000, and fought a monthlong war in 2006 with Hezbollah, an Iran-backed Lebanese militia, that killed more than 1,500 people, most of them Lebanese.
“None of us have illusions that this is a peace agreement, or anything like that,” said Ariel Ezrahi, an expert on energy diplomacy in the Middle East.The deal settled a decades-old dispute about the location of the two countries’ exclusive economic zones in the eastern Mediterranean, demarcating where both countries have the sole right to extract resources.
Lebanon also recognized Israel’s existing control of a three-mile-wide stretch of water closest to their shared coast, while Israel allowed Lebanon the right to drill in a previously contested gas field that stretches between the Israeli and Lebanese economic zones, according to the senior Western official and the senior Israeli official.If ratified by both governments, the deal would allow Israel to proceed with drilling at the Karish gas field without fear of reprisals from Hezbollah.