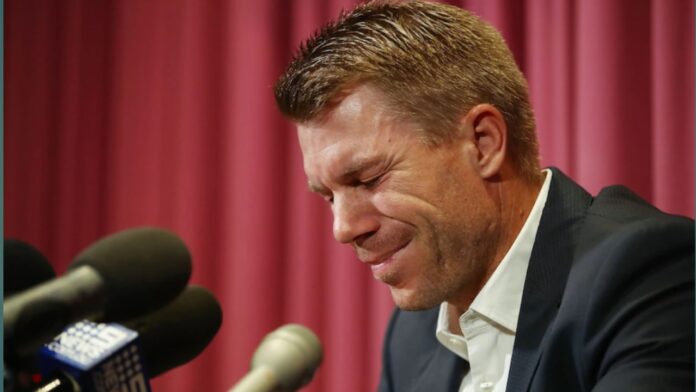 NF Times, Pratap Prusty : The most dependable left handed opener David Warner would become eligible to captain Australia again when, as expected, Cricket Australia overturns the ban on him captaining on Friday.
Warner was banned from holding a leadership position by Cricket Australia in 2018 for his part in the ‘sandpapergate’ affair, which also led to his year’s suspension from the game. But Cricket Australia is expected to overturn the ban on Friday, which would make Warner a contender to become Australia’s new 50-over international captain.
Warner has previously captained Australia on 12 occasions, as a stand-in basis in the limited-overs formats, and recently expressed his interest in leading his country. “I haven’t had any conversations at all,” he said earlier this month. “But look, I think at the end of the day, any opportunity to captain would be a privilege.”
Australia’s ODI skipper, Aaron Finch, retired from the format last month, creating a new vacancy for captain before the next ODI World Cup, which is being held in India in October 2023. Warner, who is still a regular in the team and has captained in the IPL, is a strong contender for the role. Pat Cummins, Australia’s Test captain, is the favourite to be new ODI skipper, but there could be concerns about his workload if he is given both roles.
Even if Cummins was appointed, Cricket Australia’s decision would pave the way for Warner to potentially step in on occasion, if the fast bowler was injured or rested. Cummins himself has pushed for Warner’s leadership ban to be overturned.
David Warner cuts for four against Pakistan at the 2019 World Cup
David Warner made his Australia return following his ban at the 2019 World Cup and may now be a contender to lead them in India next year Warner would also be a strong candidate to assume a leadership role in the Big Bash, with Sydney Thunder. After months of speculation that he was angling to play in the lucrative new International League T20 in the UAE at the start of next year, Warner will instead return to the Big Bash, which he has not played in since 2014. Cricket Australia are keen to inject extra interest in the tournament, which has struggled in recent years, and the appointment of Warner would be a boost to the league’s profile.
Lachlan Henderson, the chair of Cricket Australia, said that Warner’s conduct since returning to the side had led to the board reviewing the sanctions imposed upon him. Under Cricket Australia’s rules on player conduct, cricketers who accept a sanction under the current integrity code – which Warner did – forego the right to the punishment subsequently being reviewed.
“The view within Cricket Australia is that David is doing particularly well on the field and making a great contribution,” Henderson said.”The first step in terms of David’s leadership ban is to review the code and see if those sanctions are able to be reviewed. And the appropriate revisions to that code that would need to be made.