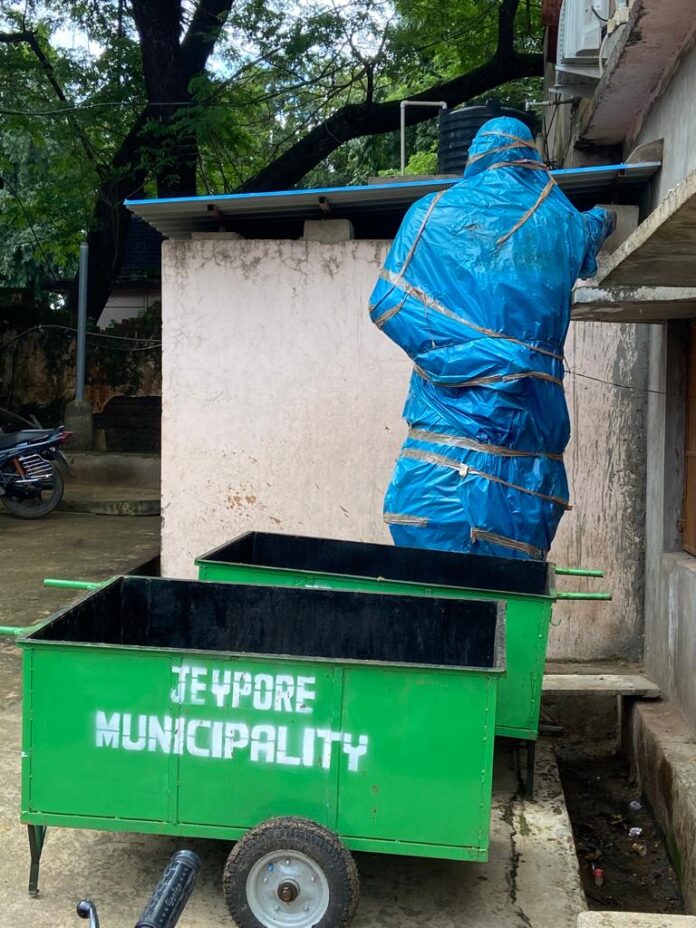 Buruea Head (PKB) : Although the bronze Statue of Kalinga Hero ,The brave and iconic leader of Odisha Biju Patnaik had already been brought by Jeypore municipality but steps not being taken yet for the installation of the same in any suitable place of Jeypore has received sharp criticism from the general public. Unfortunately, the statue of Biju Patnaik was reported to have been kept with polythene wrapping inside the premises of Jeypore municipality in a very unhygienic surroundings that invited the critical remarks of many people. While passing sarcastic remarks, one of the Senior Citizens of Jeypore stated ” The Statue of Kalinga Hero Biju Patnaik would be installed if his son Naveen Patnaik, the CM of Odisha comes to Jeypore on any inaguration programs” Similarly, the installation of the said statue can’t bring any PC transaction , so there isn’t any point in displaying activeness on the part of Jeypore municipality, ironically a roadside bussiness man stated. Whatever the reason might be, it is high time for the establishment of the statue in an appropriate place of Jeypore at the earliest. We spend an enormous amount of money and also time in the execution of many activities of Jeypore municipality but can’t we set up our interest to offer our respectful obeisance to the statue ?