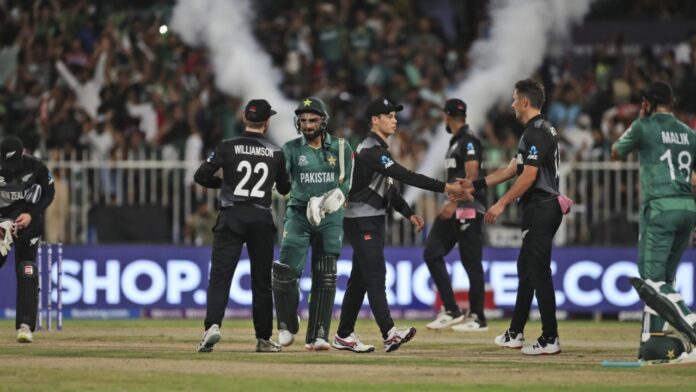 NF Times, Pratap Prusty : The skipper, Kane Williamson put the Black Caps in a strong position against Pakistan. Though they missed out on the tri-series trophy but the Black Caps received a decent consolation in the final match.
Pakistan proved too good for again in the space of week at Hagley Oval, chasing down a target of 164 with five wickets and three balls to spare.The New Zealand skipper raised his bat for the first time since the final of last year’s World Cup, having since played 16 international innings without reaching 50.
That lack of form – which coincided with Williamson’s troubling elbow injury – would have been a major barrier to the Black Caps’ chances of going one better than last year, when their skipper’s brilliant knock wasn’t quite enough to topple Australia.
But Williamson will now cross the Tasman much more hopeful of repeating those feats, having struck 59 runs off 38 balls to lay what could have been a match-winning platform in today’s tri-series decider.
Instead, once Williamson fell, New Zealand managed only 29 runs from the final 25 deliveries, stumbling to 163-7. H. Rauf had an excellent economic spell, who took 2 wickets of 22 in 4 over spell. All over, Pakistan had a well disciplined attack which could restrict the Black cap making a big target. That total always felt light and, although another superb spell of 2-14 from Michael Bracewell put them on top, the Kiwi’s bowlers were unable to mount a successful defence.
The 15th over, bowled by Ish Sodhi, proved particularly costly. Haider Ali and Mohammad Nawaz was absolutely excellent in bat again in consecutive match in this series who took 25 runs from the leg spinner, giving him figures of 1-58 and leaving Pakistan needing 42 from the final five overs.Iftikhar Ahmed eventually sealed victory with a six as Pakistan showed they would be serious contenders to add a World Cup to their tri-nations prize.Pakistan won by 5 wickets.