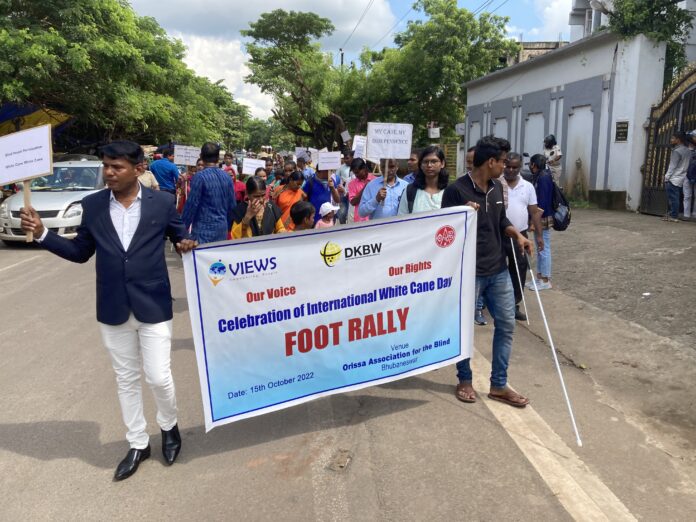 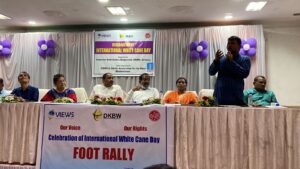 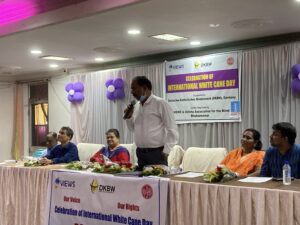 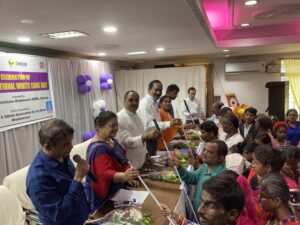 About the importance of the day and issues of visually impaired persons, Mr. Sanyasi Behera, President of Orissa Association for the Blind, said, “International White Cane day is observed on 15th October every year as per the mandate of UN General Assembly which was initially adopted as a law to be observed by American Congress. White cane is the symbol of independence and empowerment of blind people. It means white cane gives recognition about the presence of blind people in our society. There are 5,21,000 blind people living in Odisha as per the last census data. White cane is a mobility tool. Now smart white canes are also available. There is a full-fledged course i.e. Diploma in Mobility Science to teach the white cane techniques to visually impaired people. The instructors are called the Orientation and Mobility Instructors. There are 10 District Disability Rehabilitation Centers (DDRCs) in Odisha. All DDRCs are supposed to have one Orientation and Mobility Instructor. But in most of the places, the posts of Orientation and Mobility Instructor are lying vacant. There is no single manufacturing unit to produce white cane or smart cane in Odisha at present. There are no centers for the repair and maintenance of white canes in Odisha. There is only one marketing centre of ALIMCO here. ALIMCO produces white cane in Kanpur and getting white cane from there is a very time-taking procedure. Thus the basic need of visually impaired persons is not easily available in Odisha. There should be production, repair and maintenance centres available in Odisha.”
Mr. S. Bheema Rao, Executive Director, VIEWS, a non-profit organization working as a partner of Orissa Association for the Blind office (OAB), said, “VIEWS has been working for the cause of visually impaired persons for the past many years in partnership with OAB. We are implementing a very important project “Audiobook Project” for visually impaired students from Class VIII to Post Graduation. We have established audiobook libraries in 20 schools for the visually impaired in 15 districts so far. We have a target to cover the whole state under this project in the coming years. Mr. Sanyasi Behera, President of Orissa Association for the Blind, has been very supportive in the initiative. With such support from OAB, we are hopeful that we will succeed in our goal soon.”
Other dignitaries present on the occasion included Mr. Priyadarshi Mishra, former MLA Bhubaneswar North Zone, Smt. Kasturi Mohapatra, Editor, Utkal Prasanga & Review, Ms. Puspanjali Sethi, Corporator, Ward No-34, and Mr. Iqbal Jafar, Vice President, OAB, Bhubaneswar.