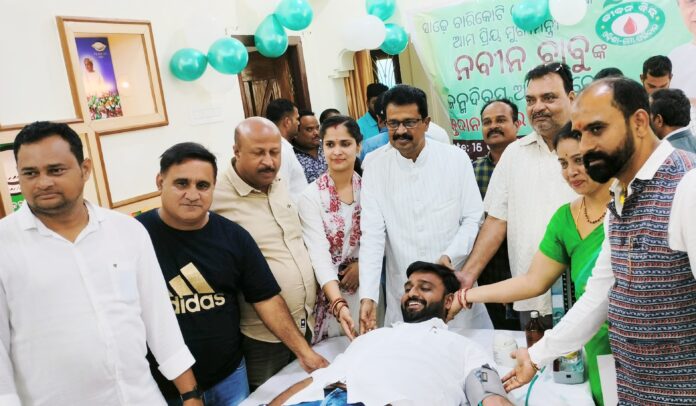 Prasanta Kumar Bishoyi Jeypore: The 76th birthday of beloved Chief Minister of odisha Naveen Patnaik was celebrated by the party leaders including workers with excellent jubilation and much enthusiasm in the BJD zonal party office at Jeypore constituency of Koraput District. A mega blood donation camp was organised by the party leaders in which a targeted 76 Units of blood collected to mark the occasion. BJD district President Iswar Chandra Panigrahi joining the occasion as Chief Guest inaugurated the camp. While speaking to media, Mr.Panigrahi told” the 76th birthday of our supreme leader Naveen Patnaik is celebrated across the state with devotion; and party leaders including workers here at Jeypore in Koraput District organised a blood donation camp in which there is a target of 76blood units to be collected ” All the counsellors of BJD , party leaders including workers participated on this auspicious occasion to express their feelings of love, affection and devotional reverence to their towering leader and the most popular chief minister Shri Naveen Patnaik. BJD leader Mr Himanshu Mahapatra while addressing to media stated” We love our CM Naveen Patnaik and pray Almighty for his longevity of life” Dr.Indira Nanda,a senior leader of BJD described the occasion as most pious and auspicious as our beloved Chief Minister Naveen Patnaik completes his 76th birthday day. On the occasion of blood donation camp, Dharmendra Adhikari, a senior BJD leader categorically stated “there can’t be a leader so simple, honest and humble like Our CM Naveen ji and there was nobody who could dare to renovate the Lord Jagarnath temple Puri except him. Naveen ji has to receive immense benediction from Lord Jagarnath to serve odisha for many years to come Among others, BJD leaders Suryanarayana Rath, Rajendra Sahu, Badal Santrapatra, Tapas Panda, Vikhas Patra , Simanchal Bishoyi, Vice-Chairperson of Jeypore Municipality B.Sunita, Hara Mishra,Mr.Dev Shrama and many others leaders from the nook and corner of Jeypore were present. In addition to the blood donation camp, there were wishes poured in for the more welfare and greater development of odisha by the abled leadership of Naveen Patnaik and everyone present on the occasion after the cake cutting shouted ” Long live, Naveen Patnaik long live” and Naveen Patnaik “Jindabad” Many counsellors and youth leaders after donating blood on this auspicious occasion felt hilarious and became elated for their iconic leader.The youth secretary of BJD Mr.Bapi Parida stated ” I donated blood for the 76 th birthday of my beloved Chief Minister Naveen Patnaik and wished him to have more services for odisha. May Lord Jagannath keep him healthy and happy with greater amount of his blessings upon our supreme master, Naveen ji. 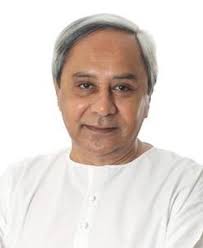 The poor odisha has become a rich odisha today by the painstaking efforts being undertaken by Naveen Patnaik. On the eve of his 76birthday, he declared the abolition of contractual posts in Govt jobs is a noble vision of our supremo Naveen Patnaik, everyone present on the occasion gladly stated. 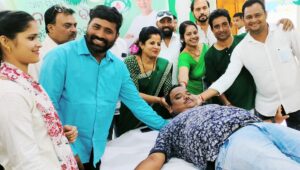