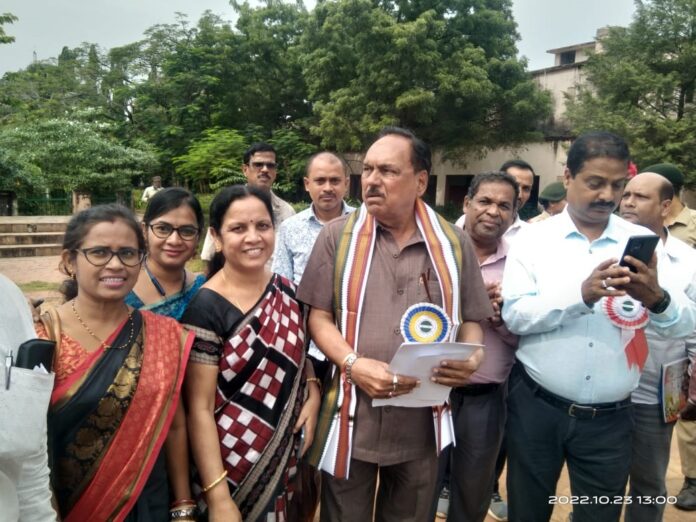 Khordha : Non-Govt Aided and Un-Aided Colleges Teaching and Non-Teaching (+2&+3) Employees Association, Khordha, General Body Meeting was held in the Conference Hall, of the P. N. Autonomous College, Khordha. Higher Education Standing Committee Chairman Bhupindra Singh attended as the Chief Guest of the Occasions. Khordha District Non-Govt. Aided and Un-Aided Colleges Teaching and Non-Teaching (+2&+3) Employees Association, President, Dr. Surya Narayan Panda, Secretary, Dr. Sukanta Behera, Sujata Moharana, Sekh. Arshadul Haque, Aliva Beura, Basudev Sethi and others were Present and Submitted a Memorandum to the, Bhupindra Singh, Chairman, Higher Education Standing Committee, Government of Odisha, demanding to allow Govt. Grants-in-Aids to the Employees those Who are not getting Govt. Grants Aids till now.After Received the Memorandum, Chairman, Mr. Singh assured that he will Discussed the Matter on 26.10.2022 in the Standing Committee Meeting and the Problems is Solved as soon as Possible. Members of the Association will be happy to the Assurance of Mr. Singh.