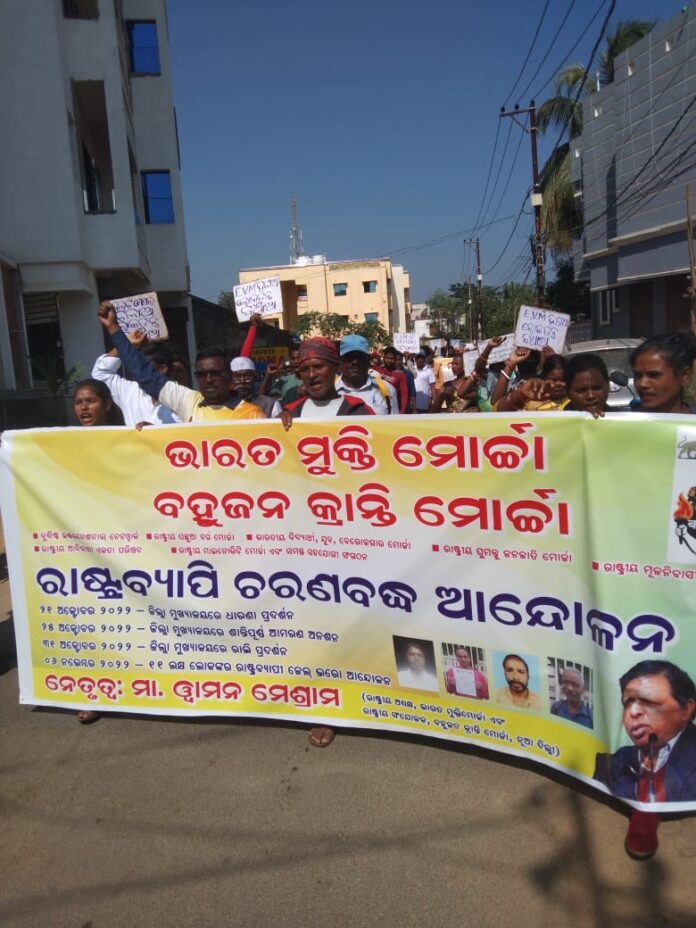 Keonjhar, Pratap Prusty : On Monday afternoon, a hundred of protestors of Bahujan Kranti Morcha, a social revolutionary organisation on behalf of tribals, minority & unemployed organization, have staged protest at District Collector Office at Keonjhar after walking 3 Kilometre against the BJP Government at Centre. According to the sources of information, it is a nation wise protest which has been called by Wamon Meshram, the national president Bharat Mukti Morcha and Bharat Kranti Morcha. The protest rally was originated from Birsha Munda statue of Tikar Gumra and ended at District Collector Office, Keonjhar. The protestors were seen walking holding placard and pronouncing anti Government slogan. “This Government is against the Welfare of tribals, minority, unemployed. The RSS-BJP government bonding has been showing undue favour to the upper class, they are abusing power, EVM is being tampered and our voting rights has been tossed, this is not real Liberty that we need”, said one of the protestors.