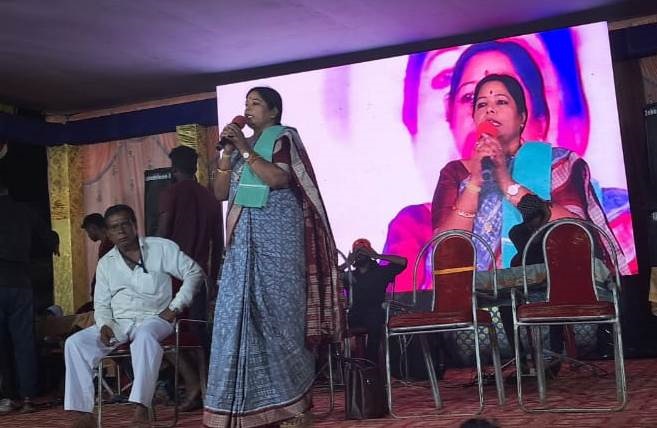 Khordha : On the Occasions of Kartika Purnima Cultural Organization “JHALAK ” Celebrates its 26th Cultural Programme at Bada Bajar Nirakarpur, Khordha. Former Zilla Parishad Member Rabindra Kumar Routray Preside over the Programme. MLA, Khordha, Joytrindra Nath Mitra, Sr.State Vice-President Biju Mahila Janta Dal, Odisha, Mrs.Basanti Mohapatra attend the Programme as Guest of Honour. On the Occasions Mrs.Basanti Mohapatra, Extended Greetings and Best Wishes for Kartik Purnima to the Peoples and Said that the Day of Kartik Purnima is Very Special in Hinduism. It is believed that on this day the Gods and Goddess come to the Earth”. Cultural Programme were Presented by the Cine Artists. All the Members of “JHALAK “organization were Co-ordinated the Programme.