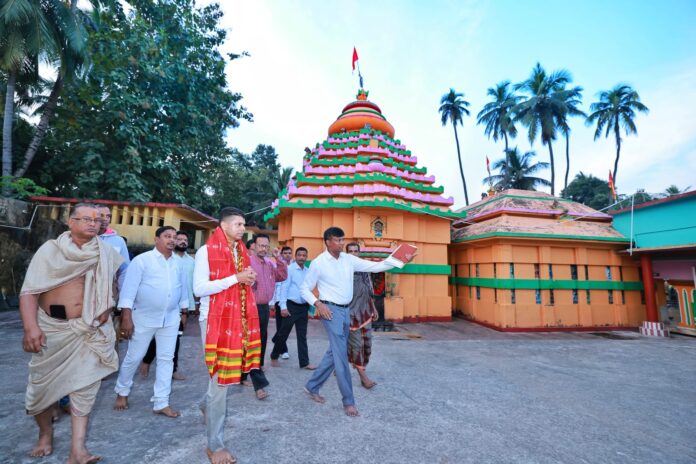 Khordha : As per the direction of Chief Minister Of Odisha, Naveen Pattnaik, Secretary to CM, 5T, Sri.V.K.Pandian visited early morning to two important Shakti Shrines of State Maa Bhagabati Temple in Banapur and Maa Ugratara Temple in Tangi Block in Khordha District. Maa Bhagabati is a famous Shakti Shrine of Odisha believed to be built in 9th Century. Sri.Pandian visited the existing facilities at both the site. He over saw the amenities like Yagna Mandap, Sanctum, Rosa Sala, Rest Sheds, Dining Hall, Proposed Kalyan Mandap and Toilet Complex. He Spoke to Several Stakeholders like Priests, PRI, Members, Villagers and Officers over Holistic Development of the Shrines at both the Places. Then Sri. Pandian directed to the Collector Khordha to prepare a Master Plan for Holistic Development of both the sites after consultation with the Stakeholders. The plan will be placed before Chief Minister for final approval. 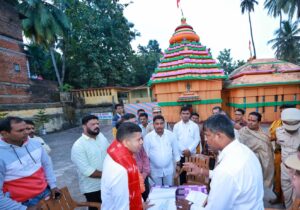 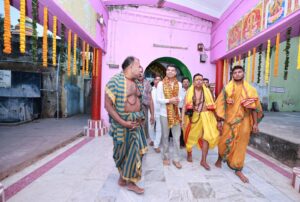 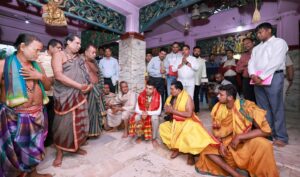 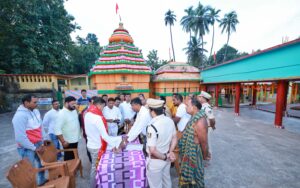