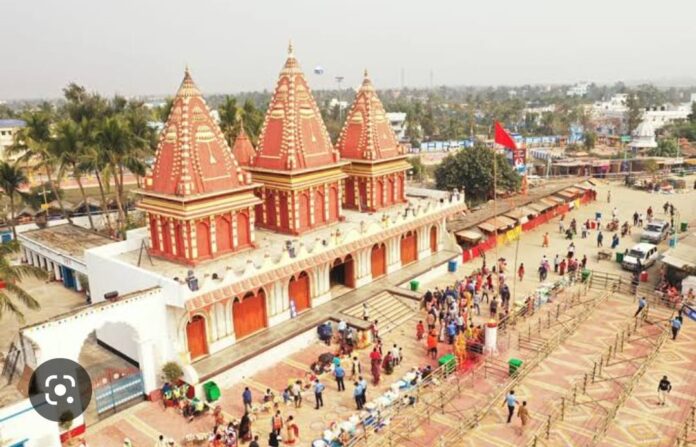 West Bengal has always been the devotional destiny of millions who travel from lands afar with the belief that their prayers will be answered and their wishes fulfilled. Apart from the Gangasagar Mela, the state has several “Shakti Peethas” (shrines said to house the cosmic remains of Goddess Sati, according to Hindu mythology) and several other holy places.
These shrines remain important milestones throughout the year for millions of pilgrims. While visiting the land of Moksha, the pilgrims also plan to touch these spiritual havens, but different constraints always seem to come between them and their path to devotion. But this year will be a bit different. The pilgrims who will touch the shores of the infinite will have the opportunity to feel the pulse of the iconic holy shrines of Bengal, like Kalighat, Dakshineswar, Tarapith, Tarakeswar, and many more.
With the special initiative, Banglar Mandir, the South 24 Parganas District Administration will transform the Milan Kshetra Gangasagar into a living embodiment of Bengal’s iconic holy shrines. The massive 3D models will create the ambience of spirituality that will transform Sagardwip into a land of enchantment. And the pilgrims visiting the island this year will truly witness the boundless devotion unfurling in the realm of Nirvana. 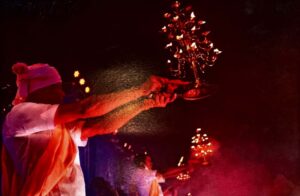 Arati, the ceremony of lights, is a ritual that has been performed for millennia as an expression of gratitude, benevolence, and love for the divine. The South 24 District Administration will orchestrate the special initiative of “Sagar Arati” spanning overa period of three days (12th, 13th, and 14th January 2023) with 100 Dhakis, 40 pandits, and 100 women in traditional attire descending onto the serene shores slowly blossoming from a humbling offering to a mighty procession on the 14th. The rhythmic hymns of hundreds of pandits, interwoven with the thumping beats of Dhaanks and the trumpeting sound of conches by 100 women, will echo the myriad beliefs and practices that have graced our tradition for centuries, beyond the confines of faith.
A pilgrimage as timeless as the Gangasagar Mela deserves solace in the hearts of the millions who visit the pristine islandin search of Moksha. Every step towards the pilgrimage is taken with the belief that they will be returning with a memory that makes the journey worth their devotion.This year, the South 24 Parganas district administration has come up with a special initiative “Bandhan.” It is an effort to deepen the bond between pilgrims and the government. An acknowledgment and heartfelt gratitude on the part of the government for the extraordinary length the devotees travel to reach Sagar Island. Every pilgrim on their arrival to the shores of the infinite will be given a personalized certificate, bearing their photo and a message from the administration. This thoughtful souvenir will be a priced treasure for the pilgrims, who would fondly look back at the excruciating journey with memories to cherish. 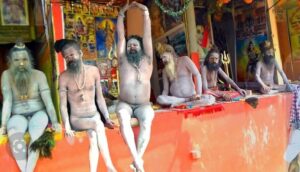