The Land of Koraput District is a heaven to me: MLA Bahinipati 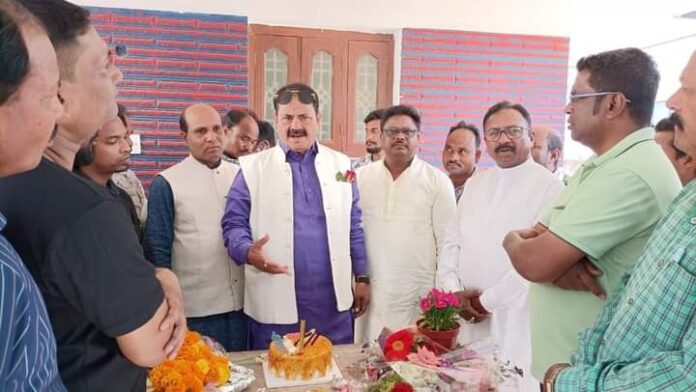 Buruea Head (PKB) : On the 138th foundation day of Indian National Congress, veteran leader and Jeypore MLA Taraprasad Bahinipati while addressing to a vast chunk of party workers categorically stated” Koraput District is my life line and having got the chance to serve this district incurrs within me peace and joy.” I am always available for serving the state of Odisha in general and Koraput District in particular. Never do I feel tired to sacrifice my time and energy for the welfare of Jeypore subdivision in Koraput District, Bahinipati asserted.
On the occasion his birthday also on friday, he became emotional by observing the overwhelming love and affection showered by a galaxy of his fans, supporters and party workers. While expressing his confidence to unfold the secret of his success being MLA for four times, he started ” If you stand for the people honestly and look after their welfare, no hypocrisy being undertaken by any force can derail you” 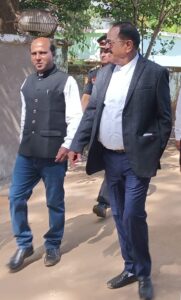 I have decided never to change my attitude only for which people like me, love and respect me. What I was once before becoming a leader , exactly the same even after so many years in politics. Let Lord Jagannath bless the people of Odisha during the celebration of new year 2023, he wished on the occasion.

I started my political career from Koraput and became MLA there by receiving the altruistic love of my beloved people. Then, the people of Jeypore invited me to serve them and currently serving them.
A vast constellation of people gathered at his residence at Jeypore again pitched confidence stating ” we require our beloved “Bhalu bhai” may it be panchayat, Municipality or assembly elections”