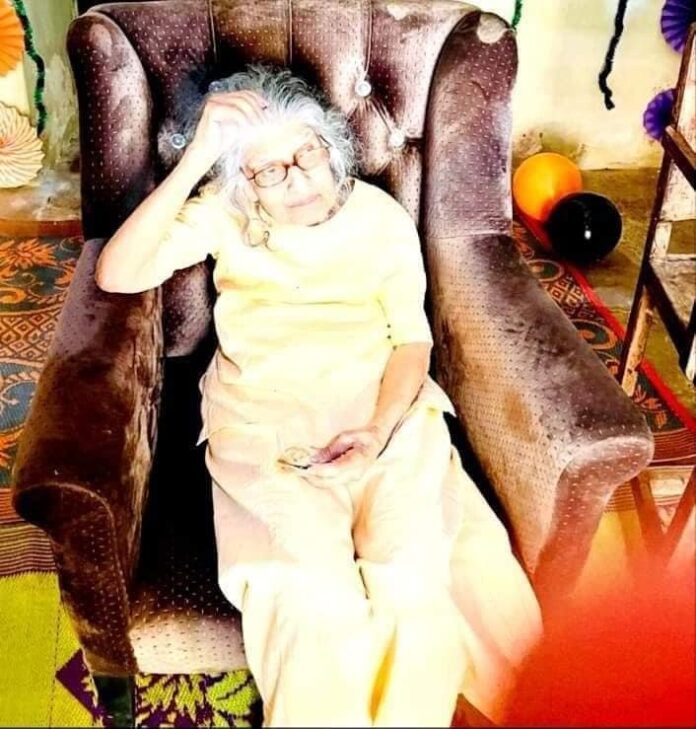 Buruea Head ( PKB): Grief gripped the great horizon of Jeypore Palace on Monday as Raj Matta Rama kumari Devi left for her heavenly abode at 90. As soon as the news about the then MLA of Madgul in Andhra Pradesh and the Queen of the last Maharaja of Jeypore Royal Dynasty King Ramakrushna(before independence)spread, there was voyage of huge crowd gathering inside the palace to have a pious glance of the royal personality. 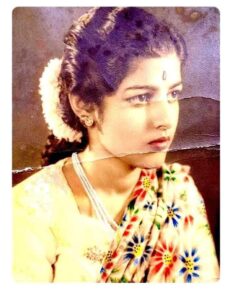 Raj Matta Rama kumari Devi was an epitome of glory and greatness as being delivered by many while remembering her. She was extraordinarily intelligent enough to have the good command over seven languages of our country.
When her mortal remains kept for public darshan, there was spontaneous chanting of her good deeds to the society. While remaining MLA Madgul in Andhra Pradesh in 1962 , She became an entity of attraction for serving the people for their welfare.
Many blood and flesh from the little world of Jeypore subdivision in Koraput District attended the last journey of the Queen Ramadevi. Bearing devotion for her contribution to our community and holding grief within the hearts, a vast chunk of people including political leaders gathered to pay their tributes to the pious soul. Thousand of eyes were found wet with tears although many could not get the auspicious chance of getting her contact. The people of Jeypore hardly forget to honour someone who skills high in services.
It is a truth being acknowledged that ” Raj Matta Rama kumari Devi would mingle with the dust but her memories would never and again never rust.” 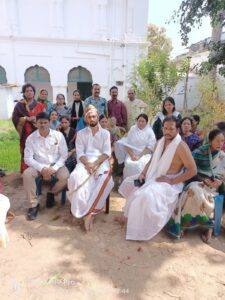