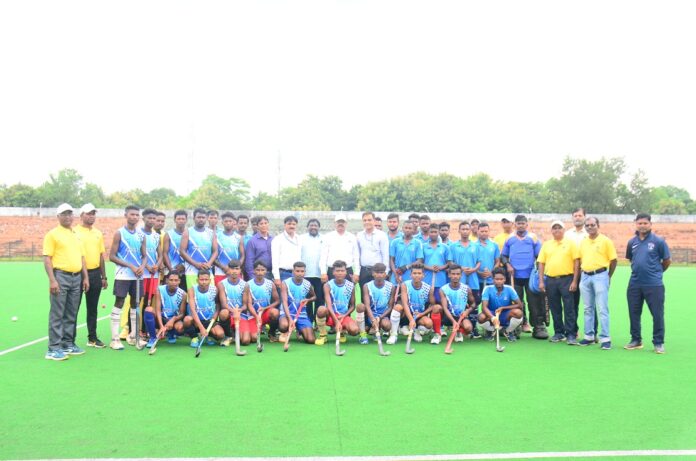 80 teams from the peripheral areas of the Steel City are taking part in the Rural Hockey Tournament, being organized by the Sports Department of SAIL, Rourkela Steel Plant (RSP) at Biju Pattnaik Hockey Stadium, Sector-6. The event this year is organized as a part of the Water Conservation Month being observed by SAIL. Mr. B K Rout, GM In-charge (P, H &SW) was the Chief Guest in the inaugural function organized on 15th September, 2022. He unfurled the sports flag and declared the tournament open after playing of the SAIL anthem. Other officers of RSP and staff of sports department were present on the occasion. 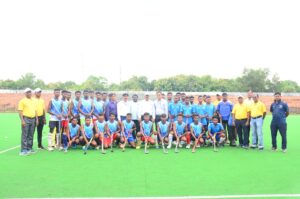 Mr. Rout in his inaugural address wished success to each of the participating teams. He commended the efforts of Sports Department in promoting and nurturing rural talents.     The opening match was played between Jadakudar and Purunapani Shine Club. The tournament will conclude on 29th September, 2022.

Mr. R N Padhy, Assistant Manager (Sports) in his welcome address urged the teams to display best of their skills in the tournament and aspire to represent the nation one day.

It is to be noted that the matches will be played on a knockout basis as per the Hockey India Rules. The tournament is organized with the objective of giving a platform to the rural hockey talents to showcase their sporting skills.