Mad rush of pilgrims at Navigaya for Pinda Dan 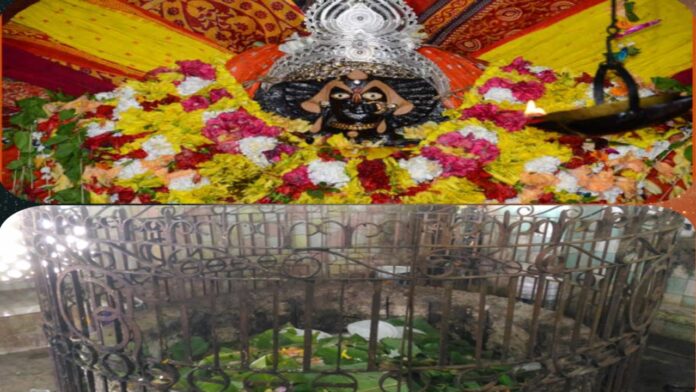 Jajpur, Pratap Prusty : Pinda Dan is one of the important rituals which is observed in Hinduism to pay obeisance to the souls who have departed for their heavenly abode. As per the Hindu mythology, it is believed that paying homage to the departed souls helps them attain liberation or Moksh. The Shir Gaya (refers to head), Navigaya (refers to navel) and Padagaya (refers to foot) are the sacred places, where pilgrims believe to be fortunate to offer Pinda Dan (paying homage) to their Pitru Purusha (ancestors). The Navigaya is situated at the Maa Biraja Temple premises in Jajpur. The tradition of this Pinda Dan is observed during the Pitrupaksha which commences from Indu Purnima (Full moon day of Aswina) to Mahalaya (following one week of Dushera). There are so many facts according to the local mythology about the importance of the Navigaya. The mythology says, according to the Bayupuran, Gayasura (a devotee of lord Bishnua having mixed nature of good and evil) had fallen into this Navigaya of this Biraja Kshetra. Gayasur after getting award from lord Brahma of being immortal, in Dev lok(heaven) there were tensed every where. To let up their worries, Lord Bishnu himself begged to his devotees Gayasur to donate his body as dan (sacrifice) and this Bishnu devotee, Gayasur gave nod to his proposal keeping three conditions that the places where his three body parts – head (Shira), navel(nabhi) and foot (pada) would fall, would be worshipped as tirth sthal or pilgrimage place and in those places, pind dan would be performed to the departed souls to their heavenly abode. It is believed that the pilgrims across the country come here to offer pinda dan to their ancestors. One more surprising matter is noticed here in this Navigaya that the kunda (pinda pot) has never been filled, even after dumping the pinda articles into the kunda from long long years back. Hence, this pot is known as Gupta Ganga or the hidden Ganges. The mad rush also has been seen this year so far. People believe that by paying homage to their ancestors, it let their sins washes out.