Is it not an escapement? Pre-planning Convinced to the Innocent 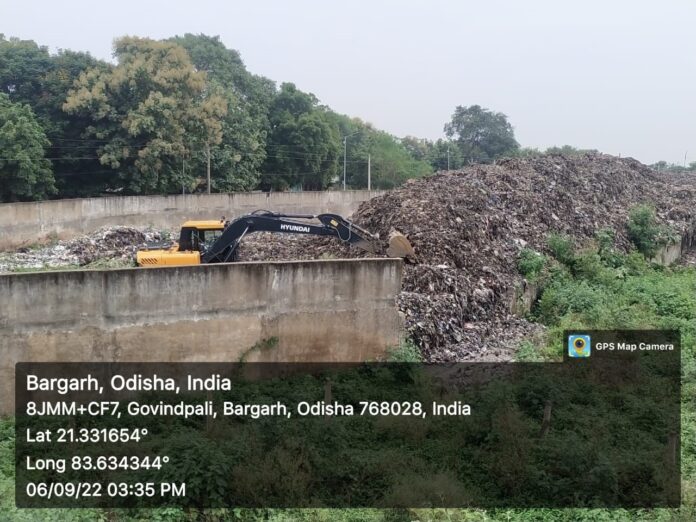 Bargarh (Sunil Mishra): It is known to all that the Bargarh where World Famous Nataka or Open Air Theater called Dhanu Yatra is being organized every year & it is the Rice Bowl OR Bhata Handi of Western Odisha. The Inhabitants or People of Bargarh District are very much helping, cooperative, friendly and innocent. But , the local Administration & Public Representive are totally ironical and avoiding in nature.
For a Brightest recent Illustration or Example is that when the innocent Inhabitants of Ward No : 15 of Bargarh, Municipality were regularly requesting & approaching the Collector, Executive Officer, Mr Dandasena of Bargarh, Municipality and local MLA, MP as well as all parties Political Leaders , Social Workers and also they had approached the few so-called journalists as they had no ideas about this so-called journalists of Bargarh, Town, Noone or Nobody was paying attention to their requests, rather, the District Administration as well as Police Department of Bargarh arrested the Innocents People of Ward No : 15 by declaring 144 , IPC & at last, they became frustrated as well as lost hope that the Wastages Dumping Yard OR Kachada Khana of the entire, Bargarh, Municipality which is now the Center of the Ward No: 15 will not be shifted to other place & they hoped that it became ended in Smoke as they had knocked the Door of All from Politicians to Bargarh, District, Administration. Though, they are facing lots of Skin Diseases & etc, residing with an unpleasant Environment & every times bad smells and smoking are spreading the entire environment of Ward No : 15 and they approached the National Green Tribunal of India, filed a case before the Honorable, National Green Tribunal and the NGET, Kolkata ordered for an enquiry and investigation, the team of NGET reached to Bargarh and met the District Administration & they took the water samples of Zira River for testing at their Laboratory. The most important thing is that the Collector reached to the Wastages Dumping Yard of Ward No: 15 along with the Executive Officer of Bargarh Municipality and she started her pretension in a ironical way to the Executive Officer of BM that you must visit daily to this Dumping Yard before going to your Office. Do imagine, how a pre-planning Drama, they played before the Innocent Inhabitants of Ward No: 15, someone of this Ward No: 15 called over phone to a Sr.journalist that Collector came to the spot personally & she threatened to the EO of BM, Bargarh, how the Innocent Inhabitants will or can study about the ironical activities & sneering of the Collector and Executive Officer of Bargarh Municipality .It is nothing, but a Big Drama like Dantri Khaja Man ke Bujha. If, any real & fighter Journalist of Electronics , Wave Channel Media and Print Media will witness or observe the Wave Channel Video & will go through the Print Media News , then he or she can study easily the ironical activities of the District Administration of Bargarh. The Inhabitants of Ward No: 15 are till now in a positive Hope that the Wastages Dumping Yard will be shifted somewhere else or another place, so that further, the people of Bargarh will not suffer like the Inhabitants of Ward No: 15 of Bargarh Municipality. The alerted & aware Citizens of Bargarh Town are demanding before the Honorable Chief Minister of Odisha Sri Naveen Pattanaik jee to look into this sensitive matter or Issue or Genuine Demands of the Innocent Inhabitants of Ward No: 15 of Bargarh, Municipality personally and do solve the unspoken or unspeakable problems which the peoples of Ward No:15 are facing day to day.