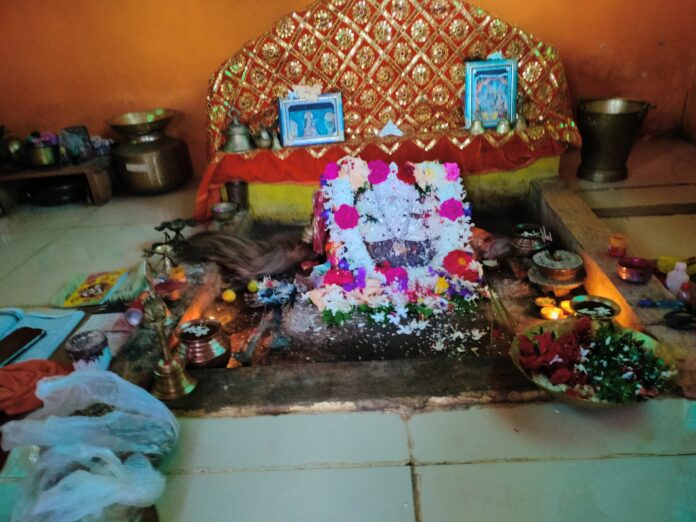 Bureau Chief PKB: The renowned Vairaba Temple of Salpa in Jeypore block in Koraput District has been found completely ready with pious devotion and enormous amount of bhakti by the visit of countless devotees.The Lord of the Vairaba Temple as per the information received was brought by the king of Jeypore from Dantewada . while passing through the Salpa, near galiagoan, in Jeypore block in Koraput District, it was set up. There is a belief that the king Vikramdev after the shift of his capital from Nandapur to Jeypore, there were no God and Goddess with him. So the king of Jeypore, brought the deities from Dantewada and while carrying the deities, one piece of the lord Vairaba fell down from the elephant. It was established deep rooted there at Salpa. The main priest Madhusudan pujari of Vairaba Temple stated that every Tuesday and Friday, lots of devotees gather around the temple. According to the Pujari, People from different parts of odisha and chattisgarh are reported to have been visiting the holy shrine to fullfill their own aspirations and lurking demands. On the auspicious occasion of Ashtami , ” the holy Lathi” of the Vairaba Temple come with procession to the Devi Kali temple of Purnagada of Jeypore block. There are visits of many vvips on Tuesday and Friday to the Vairaba Temple as stated by the priest. Even MP koraput Saptagiri Ullaka along with his wife, MLA Jeypore Taraprasad Bahinipati , BDO, Tahsildar often visit the holy shrine as told by Kamulu pujari of the Devi Durga Temple just behind the Vairaba Temple. 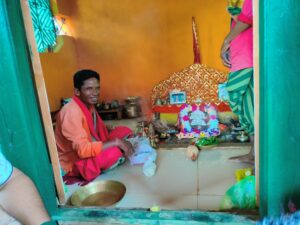